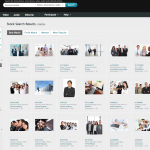 In preparation of the subscription program, iStock has decided to start another round of moving files between collections. According to some reports, images were moved between the higher priced collections. Some people seem to be confused about the reasons behind this questions, so I’m trying to sum up what I was able to find out.

As it looks like, the content team at iStock has already started to prepare the subscription program by moving files between collections.

When the new collections were announced last summer, future moves of files were already part of the plan but it seems there hasn’t been much action until recently. Nowadays, there are more people reporting that several of their images were moved from Vetta to Signature+ or Signature+ to Signature. 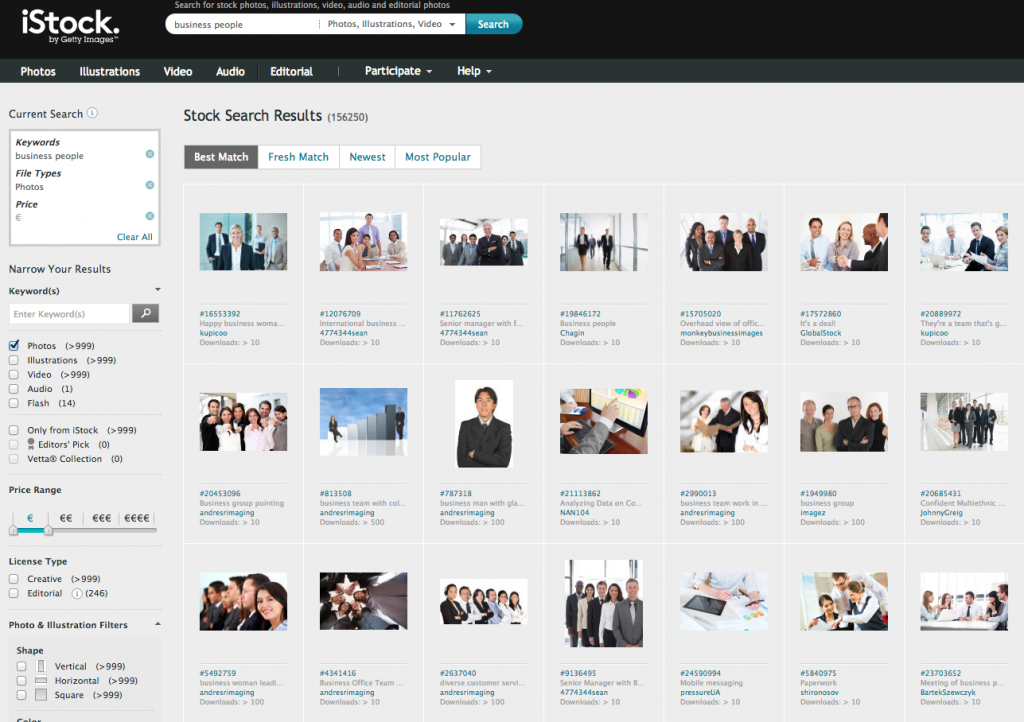 Apparently even some non-exclusive files were moved up from Main to higher collections. However, the latter seems to be a rare exception so far: I did a quick search on 6 million images. Of those, 1.69 million images were in the Signature collection. And between those files, only 37,000 are not marked as “only from iStock”. With the new subscription program coming, I would be surprised to see large numbers of files move from Main to Signature as especially the non-exclusive files are already available through subscription programs on Thinkstock and most likely on Shutterstock as well. There is hardly any reason for iStock to not let their own customers buy the same images through their subscription offer as well.

What will be the effects of moving files to Main?

I would believe that iStock will somehow tweak their search results in a way that those subscription clients will mostly get to see Main files as well, so it will also exclude (or move far back) a lot of higher collection files from searches. I am not convinced that iStock will be able to properly manage to make all those upcoming changes without making many of your images move back for other customers as well in this process. So one of the risks is that higher priced files will get moved back in searches in general.

However, moving images to Main comes at a pretty high price: Not only the subscription customers will be able to license your images cheaper but also regular customers – a Signature file now costs 7 credits for a Small version and will move down to 2 credits in Main. The Large resolution will go down from 20 credits to 4 credits. In effect you would have to sell the same image 3 to 5 times more often on regular prices to make the same amount of royalties. There is an upside: Based on my personal experience as a non-exclusive having all my images in Main, I am getting the impression that clients will more likely go for a larger resolution when it is cheap. So while the price for the same size dropped steeply, a client who would have chosen the S version for 7 credits might go for an L version of the image spending 4 credits. So the drop might not be as steep as it could be.

Also, subscription clients are more likely to download more images than they actually need: While a credit based client has to consider each download taking money out of his budget, a subscription client can easily download a few more images without additional cost. Some of them will end up in a folder of images that might be used in the future (or not), some of them will just be used for comping purposes (the watermarked comp is just unusable for most designers). So the number of downloads coming from subscriptions tends to be higher than those of images or credit packs.

But in effect, it is very unlikely that you will make the same amount of royalties from a file that is selling regularly in S or S+ by moving it down to the Main collection. It could however expose some images to new customers that would otherwise go unseen or disappear from searches.

According to prior statements, files will not be removed from the Getty Images site if they are already there, even if they move down to a collection that would not make them move nowadays. 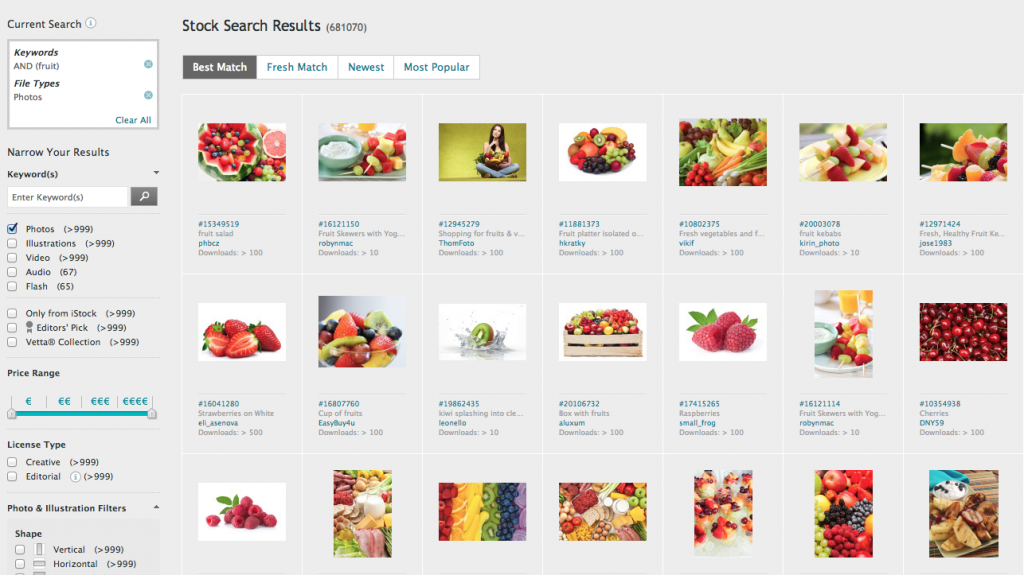 Can you identify which of these images cost $20 and the ones going for $4?

Why should I ask a lower price for my images?

I do appreciate that some people object the idea of selling images through subscriptions at all. And you are obviously free to stick to that opinion. However, it won’t make subscriptions go away, they already exist on other sites and are successful. As a matter of fact, the growing success of Shutterstock is one of the main reasons why iStock has been struggling for the last few years. By starting a competitive offer, iStock can at least hope to stop the loss in revenues they have experienced. If you are liking the idea of subscriptions or not, as an exclusive contributor you should hope the new program will be a success because otherwise you will lose even more customers. And a customer not even looking at the site is not likely to license one of your higher priced images either.

Also, you should be honest about your own work: Is it creative and unique? Is there a good reason to assume that a client is willing to pay more for one of your images than one covering the same topic but five times cheaper? I know there are lots of exclusive contributors who can honestly answer “Yes” to both questions. But also there are many exclusive contributors who should really look closely to their portfolio and find images that are “not that much better” or “that unique” to justify paying 20 dollars for a file that is filling the same need as a different files available for 4 dollars or even 1 dollar. The misconception of “exclusive files automatically are worth more” is part of iStock’s problem in my opinion. A customer looking for an apple of white will not care if that image is exclusively available, he just wants it quick, easy and cheap.

There have been enough complaints in recent years from exclusive as well as non-exclusive contributors about the bad decisions iStock might have taken in the past. For me, one of the biggest mistakes has been the many raises on “standard images” that happened after the Vetta collection had proven that there is a market for higher priced images. While the original Vetta collection warranted those higher prices, many exclusive images do not. This has led to iStock outpricing themselves from a big part of the mass market. Maybe not the advertising agencies but even editorial customers today are working on tighter budgets, using more images on a cheap budget for online publications. And many corporate customers just need images for a presentation or their small business website and are not willing to pay $100 for a handful of simple images.

Have a look at some of the competitor sites and do a few searches on your own topics to see if there are competing images that are not that much worse in quality and creativity than yours. Maybe even make a “blind test” with some friends showing them one of your images side by side with a good one from a competitor site and ask them which of them they like better? Or if they can see a difference in creative quality at all?

My assumption would be that most exclusives could identify somewhere between 10 and 30% of their portfolios that are just not competitive when being 5 times more expensive than similar images from non-exclusives or on competing sites. Keeping them at a higher priced collection might be a good idea if you are opposed to the whole business model. But you lose some customers on the way. It’s a personal decision in the end but it should be carefully considered.

PS: I think in general iStock should be applauded and not criticized for inviting their exclusive contributors to be part of making those decisions. It’s been said often enough that the decisions made in past years were too often ignoring the contributors, especially the exclusive ones. So if you agree with the basic decision or not, you should appreciate the fact that at least once again iStock is asking for your opinions on this.