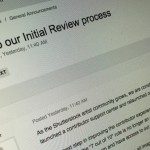 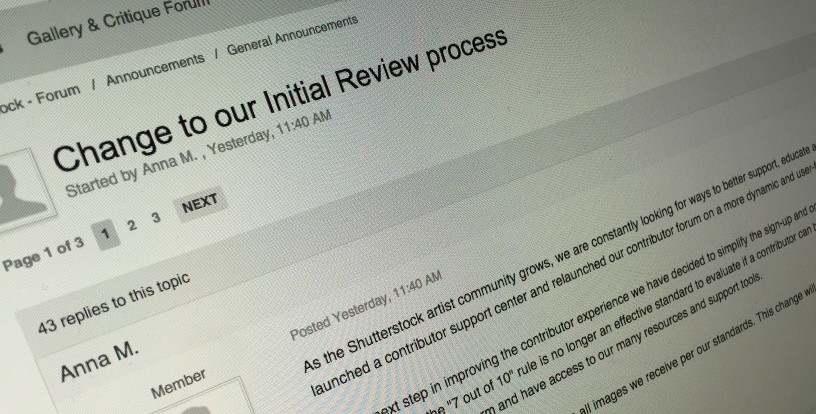 As announced yesterday in their contributor forums, Shutterstock has decided to virtually remove their initial acceptance review for new contributors. The official line is that you only need “1 out of 10 images accepted” while it was “7 out of 10” in the past. This way of implementing was most likely easier than change the site to skip the initial review completely which will without doubt be the next step. Other agencies like Fotolia already had no image review as part of the contributor registration.

A major shift might be coming to image acceptance as well

The change in accepting contributors is quite reasonable given that all other microstock sites already are focusing on generating more content, even on the lower quality end. iStock has removed almost all of their technical acceptance criteria for images two years ago to ingest more images. Dreamstime have skipped most of their strict policies to only accept very few similar images to be open for more content as well.

And then there is the change in the preview images Shutterstock introduced about a month ago. This will allow customers to see if an image contains excessive noise or the focus is at the desired point. In the past, Shutterstock has rejected lots of images for these criteria, most likely because clients were not able to judge the focus from just a very tiny thumbnail image before downloading. With the new preview, I predict that Shutterstock will change their acceptance criteria for new images as well in the near future.

I would assume they will keep some restrictions as most other agencies do but I wouldn’t be surprised to see a drastic reduction in rejections for focus, noise or white balance in a few months. As long as customers know what they are going to get for their money, there is no need to restrict their choice artificially given that there are already 70 million images to choose from.