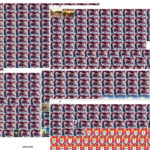 For some time now, and especially last year, there was a series of complaints brought forward by contributors about others pushing their serial images into searches and such blocking existing and other new content coming in. There certainly has been merit to those complaints, and it is most likely a difficult task to address this kind of problem. But Shutterstock’s reaction this week came rather out of the blue with the reviewing team actually rejecting images before even the blog post on the issue was published. Also it seems that the rejections at this point are far too extreme to make sense for either contributors or buyers. 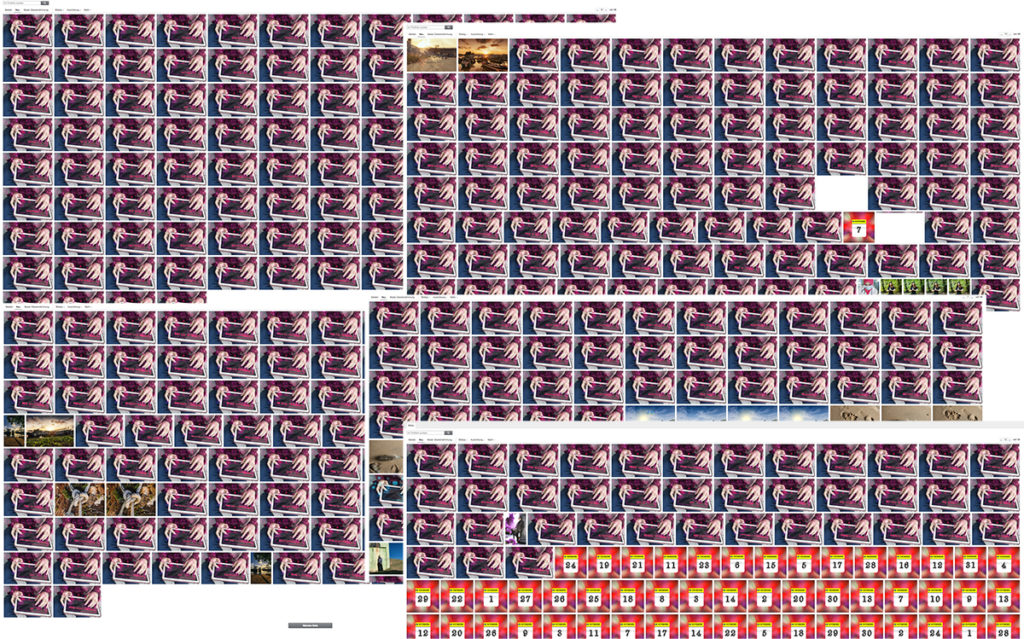 There have been a lot of contributors whose main selling strategy was to multiply their reach by adding and changing simple elements to their images. In photography, this most often was achieved by adding text to signs, paper, screens; more recently with the trends in Instagram and Facebook posts, simple text overlays were introduced more regularly as well. As seen in the sample some contributors have taken this rather far, creating hundreds of variations from the same base image. And frankly, many of them were neither technically well done composings nor did the text always fit the base image.

To say this right away: I have always been one of those who used text elements in their images. It actually started almost a decade ago with those “letters on dices” images that you probably have seen if you ever had a look at my portfolio; and more recently I have certainly gone up with the volume of images created from a single shoot or sometimes from a single photo and used Photoshop more often than shooting each image separately. So yes, you can blame me as well as the others. And that’s why I’m not going to name names here because in the past, contributors were encouraged to submit large amounts of images as there seemingly was no restriction at all and the speed of acceptance proved that Shutterstock supports this. Also there are a couple of contributors who – in my opinion – do an excellent job in this while others seem to just copy a set of words from a dictionary and spread them over a set of images. There is a huge grey area, of course, and that’s where the problem lies. 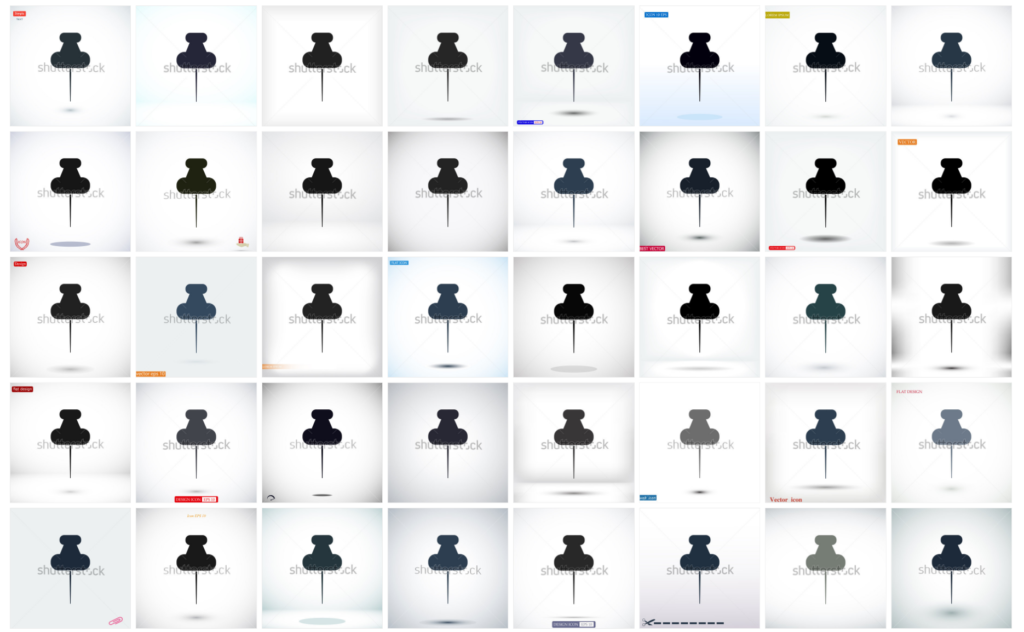 Yet another, even more extreme, example are vector images that do not offer anything different besides a minor change in the shadow, background color or an additional tiny element at the border. This is definitely ridiculous and needs to be stopped. Especially vectors are made, so you can easily extract any of the elements and use them in different ways as required for your project. And especially those who typically buy vector images (in my understanding which includes three years of customer support at an agency) are far more likely to be capable of dealing with image manipulation, rather than those who buy images of which many have not even an image program beyond Microsoft’s Paint.

Obviously I am biased in this topic but I think there is a huge difference between that sample shown above with dozens of the same, very simple main vector element combined with varying small element and a sample from my more recent submissions:

Similars, no doubt – but who would buy one of the images when writing a blog post on a specific issue?

Looking at these two variations (of quite a few more I submitted): Yes, I could understand the base reasoning of “upload it without text and the customers can add the text they need themselves”. But is that a realistic assumption? Is that really what a large number of buyers are thinking in a time of “get it done quickly” and “I need something to post right now”? Or isn’t the one customer in the US grateful to find a finished image when writing a blog post on the issue of burnouts and the option to take a break from work? Will that customer be offended if that particular image shows up for a search on “burnout and sabbatical” when he won’t even see the other image (except in the “similar images” section on the detail page)? Vice versa, isn’t that German buyer grateful to have an option to buy content with his local language – on the completely different topic of choosing between “tradition” and “progress” – rather than only those English versions everyone does?

Yet another example of similar content that is likely to get rejected if Shutterstock decides to fully embrace their new philosophy: 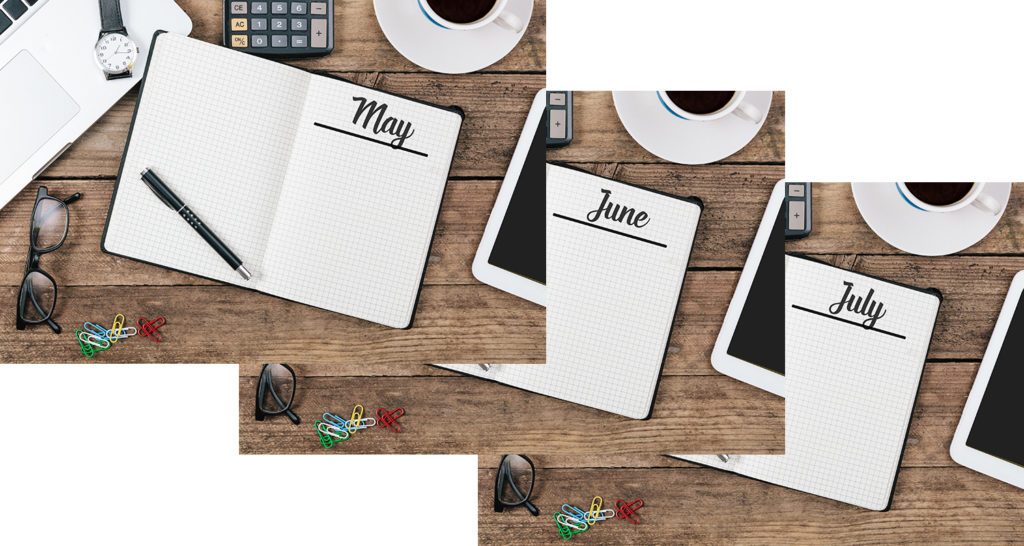 Yes, also these images are totally “similar”. Yes, the customers could do it themselves. But especially when talking about subscription customers who are paying four digits a year for the freedom to download as much as they want, I just don’t see why you wouldn’t allow them to choose to do it themselves or get the whole set of 12 images already done for them. I did have quite a few serial downloads in the past that indicate at least some customers are happy to find those images in a series.

How else could this be addressed?

I do understand the reasoning behind complaining about serial images; I also do understand why Shutterstock would want to cut down on them. But a drastic change from “we take them all” to a “not more than one variation, ever, no matter what” seems rather radical and not a sensible approach either.

I would rather prefer to have clearer guidelines that will still allow submission of similar images if done in a sensible way. There needs to be a target somewhere between “1” and “500” that makes sense for both contributors and customers. I’d prefer to address specific series that just don’t make sense, e.g. having a flower as a background and putting a “business” on top of it (just an extreme example). Also I’d like to see if there would be stricter cut down of specific and unique images for each images in a series; not allowing 50 keywords to be used in each and all images within a series of which only 2 are different. I’d think this type of image usually can be described properly by using just 10-15 keywords each, after all the reasoning behind uploading series is to address different customers with different needs.

The most sensible approach in my opinion however would be to connect the allowance to the success of the contributor; if someone uploads 5,000 images but only 100 of them are being downloaded by customers, the logical conclusion would be that this particular contributor doesn’t do a good job in anticipating the customers needs. Yes, again I am biased and dreaming about a solution that would perfectly fit my very own situation. Because I uploaded almost 2,000 images this year; then again, within an average life cycle of about five weeks for these images so far, they have already gathered more than 1,000 download across agencies. I’d say in today’s microstock world, that is a pretty good hit-miss ratio. Also, it is not just “random sales”. There are similar version of the same base image of which several have been downloaded 5 or more times within a few weeks each. This tells me that there is need for more than just one of them and it isn’t just a shot gun approach to aim at random sales.

It also means, those “similar images” I uploaded made the agencies more than $1,000 this month alone. Yes, I keep repeating to similar complaints on social media that agencies are likely not to make a cent less if your images would be gone completely tomorrow and the same is probably true for mine. But in general, I’d say, it is a good indication that this kind of content can make good money when done with the end user in mind.

Consider that please, Shutterstock? Because I believe we can agree that my images (and those of some fellow contributors who do an even better job than me) are making you better money than those images of contributors who may not upload “similar content” but get around 50 downloads on their portfolio of close to 5,000 images like this one does: 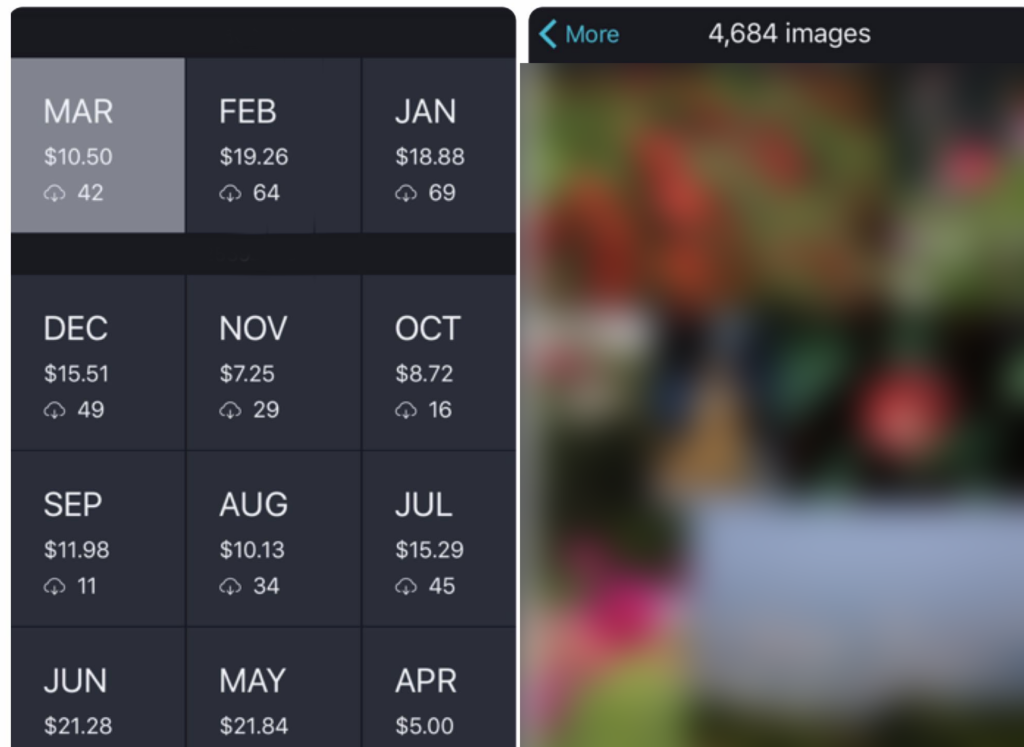 Is that really what you’d prefer?

PS: In the time it took me to write this blog post, three of my images that probably would be rejected in the future with the new policy sold through Fotolia/Adobe Stock.