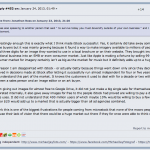 This month I had to make a big decision I am very excited about. But it also means a long-term commitment to being an independent photographer: I signed a contract with macrostock agency westend61.

When microstock photographers talk about macro stock, the first agency coming to mind is often Alamy. While it offers RM besides RF and certainly has higher prices than microstock, the business is structured more like microstock. In the classic macrostock agencies, you will find a much closer, personal relation between the agency owners, managers, editors and their photographers. I was lucky to get some insights while I was working for iStock/Getty, and I have read a lot about how westend61 works through their German blog.

The closer relationship allows the agency to get a better definition of their portfolio as photographers can target the specific looks and topics much better when they know what the requirements are. On the other hand, the photographers profit from getting more knowledge about what is in demand at their agency. In some cases, shoots even can be planned together between an image editor and photographer, so you can get feedback even before taking the first shot.

How did I get in? 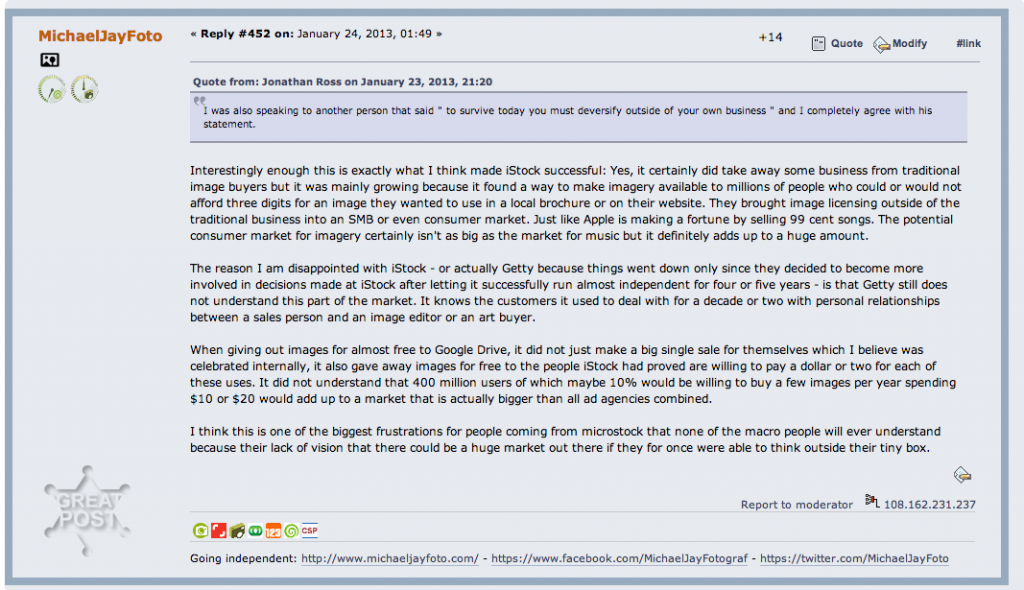 My post at MSG that started a discussion with westend61

Well, the story is a bit funny: I liked their blog as it is one of the very few options we have to learn about the macrostock business publicly. Most of the macrostock world is happening behind closed doors, both photographers and agencies holding their cards close to their chest. Westend61 founder and CEO Gerald Staufer has taken up the challenge of transparency that made microstock easier to understand for photographers.

Being interested in all aspects of photography, he also reads the forums on MicrostockGroup – at one point during the Getty-Google discussion I wrote a post about Getty simply not understanding the microstock business. Well, I consider myself more a business minded person than an artist, so I always thought about the industry in more than just black and white. And while I can understand Getty’s motivation and their decisions, I just don’t agree with all of them. However, the post was written as a response to Jonathan Ross of AndersenRoss, another macrostock guy I have much respect for. I probably would write the post differently if I’d put up the same opinion on a blog but as it happens during a discussion – even online – I was a bit too emotional and I targeted the whole macrostock industry.

Gerald responded to my post indirectly by writing a blog post why I was wrong. He didn’t mention me by name but he also knew I was reading his blog, so it was obvious that it would lead to an interesting discussion. We probably still disagree on a few things but we also found that we share some thoughts. At the end, he invited me to “try out” macrostock. I showed him some of my better lifestyle images and he agreed that they might also make the cut for macrostock. 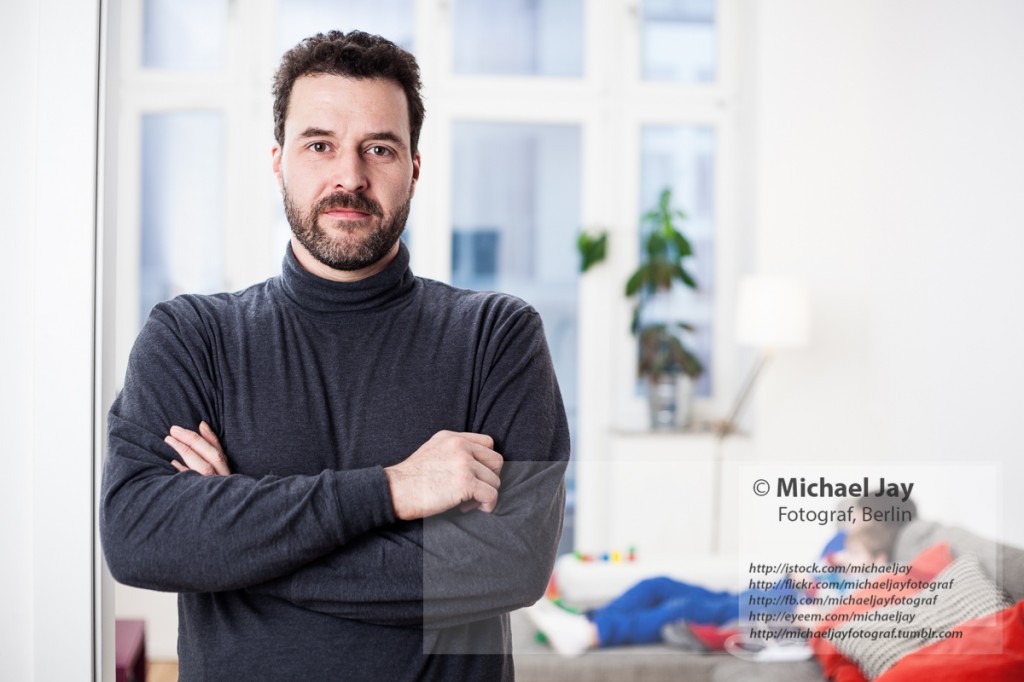 Shortly said: Everything takes much longer.

The nature of macrostock is that many agency work best in a local or regional market, so to get better exposure for their portfolio, they sign contracts with other agencies serving different markets. For the photographer this means it can take many months for images to get online across the whole distribution network. Then again, the “customer feedback” takes much more time because at higher prices customers are less likely to just buy an image. They will first make a layout, present it to their customers and then come back to buy the image when the campaign is going live.

Then, after the sale, it still takes a long time before the photographer will see it. Macro agencies are reporting sales only monthly or quarterly. And when an image sells through the distribution network, it might take a few months for the sale to be reported at your agency as well. All in all, I don’t expect any money to show up in my bank account in the first year. It might happen if I’m lucky but I don’t count on any money in 2013.

This is a huge leap for a microstock photographer: We are used to shoot, keyword, upload, get our images online and maybe even the first downloads within days or a week. At Shutterstock, I usually get a few downloads on each new batch of images from customers holding a subscription and just looking for 25 images to download today even if they might never use them. At macrostock, you won’t get any feedback if your idea is going to work for a year.

Then again, at macrostock it might take only one client, maybe even a few years from now, who agrees that your idea was great. And – if you are lucky with a large RM sale – a single license might pay for a whole shoot. So even an image or a series not making any money for years can still pay off in the long term when similar images are long lost in the millions of search results at microstock. We will see if it works out for me.

Why is this such a big decision?

As you all know, dropping the exclusivity at iStockphoto is a big decision. Then again, the risk is limited because you can make the choice to go back to exclusivity after 90 days – or whenever you are allowed to remove your images from sales at other agencies offering RF imagery. The longest terms in the microstock market are 6 months to quit a contract. So I could have gone back to iStock exclusively in the second half of the year if I wanted to.

Well, with signing a contract at macrostock, I have also clearly stated that going back to exclusivity is no longer a viable option for me. As said above, I expect macrostock not to work quickly for me, so trying it out actually means I will have to stick to it for at least two years to see results. But most importantly, the contract I signed has a term of five years at the start. This was certainly a big decision to make for me.

I took the decision because I don’t see returning to exclusivity at iStock even in the long term as a viable option. As you might have heard, Stocksy will start selling images soon and I want to be part of it from the start. I also expect this to be a long term project as entering a competitive market always takes time to build up a new company. I believe the ideas behind Stocksy are great and it will be a good option for photographers in the future. Being part of it also means a long term commitment to me. This made it easier to also sign a macrostock contract.