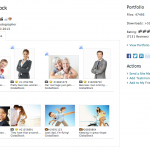 As you will know from recent news (and as I have written about in the past), Yuri Arcurs has decided to take his images exclusively with the Getty Images family, including their microstock agency iStockphoto. As a first result, his existing portfolio at iStockphoto was renamed to the new contributor name “Urilux“.

In the meantime, he (or his team) uploaded about 3,000 new images to the old account still running as Yuri_Arcurs at iStockphoto in the last four weeks. Thanks to the lifting of the upload limits, getting a large number of files online within a short timeframe is no longer a problem. I had also used the opportunity to upload my backlog of about 250 images – which looks a bit small compared to Yuri’s numbers, of course. I can’t say if there is a deeper meaning behind the two accounts with his images now or if those uploaded to the old account will move over to the new account eventually.

Conincidentally (or not?), we are seeing a new megasize account arise under the name “GlobalStock”. It appears that images from a series of former independent contributors are joined to this new account, most prominently the artists formely known as “Laflor” and “pixdeluxe”. Coincidentally (or not?), the account holders are located in Denmark, also the original home of Yuri Arcurs and his team. 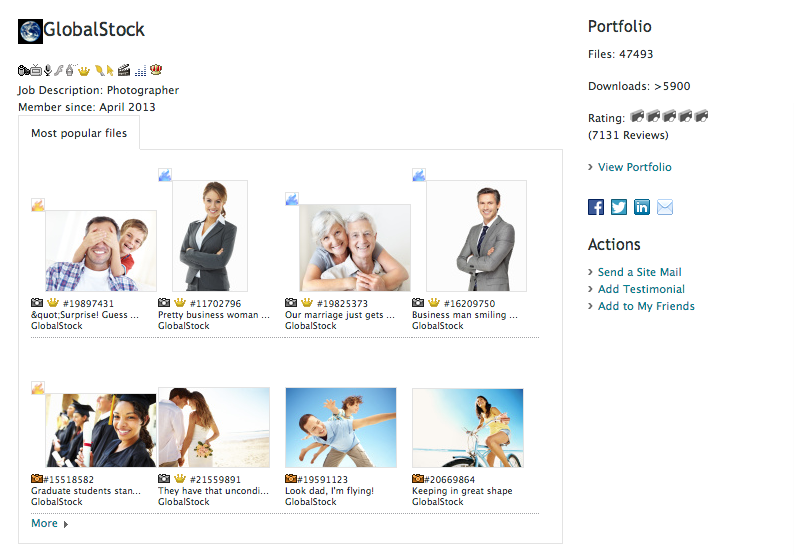 Well, this is all in all not surprising and you may read between the lines whatever you want. And it doesn’t really change the game directly. But there are certainly some consequences: One strong contributor has changed from non-exclusive to exclusive; several others have joined forces to a new exclusive account holding files that generated more than half a million downloads in the past.

For sure we can draw the conclusion that there are now two new strong competitors for all those out there who are looking for the highest levels in royalty payments at iStockphoto exclusivity. You can assume for sure that both of these accounts are generating enough downloads to have one of the few spots on the top.

It appears that the single contributors working alone or in/with a small team will not have much of a chance to catch up with that number of top quality images and most likely many thousands a year to be added to those accounts in the near future. How would they imagine they could reach the top royalty levels now? It’s hard to imagine.

To me it appears, the time for single contributors is definitely over as an iStock exclusive photographer – if I had to make that decision, I would look around for partners to join up with to get a better (or at least the same) deal in the future rather than hoping there will be enough crumbs left to achieve the second highest royalty level of 40%. And/or I would start diversifying my portfolio right now – there still is a market for rights-managed images, there are services around the industry, there is a market for prints, so there are other sources of income to be made. I wouldn’t waste more time before starting to explore those sources.