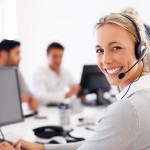 Since I found out last week that Yuri Arcurs is going exclusive with the Getty family, there was a lot of speculation around the reasons and – more important – the consequences of the move. As usual, I am having thoughts and opinions about this topic which I am going to share. 🙂

Yuri Arcurs was (or still is) the superhero of Microstock. There was hardly any article in any magazine about microstock photography which didn’t mention the “stock millionaire from Denmark” when claiming how much money we all can make from our snap shots. 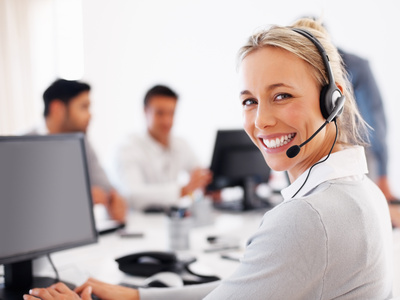 Well, obviously Yuri is a great example, not being a professional photographer by education. We all can relate to his success and at least dream to be like him.

Then again, if you read his blogs and interviews over the years, you will quickly find out that you probably do not really want to do that. Besides doing a lot and hard work over a long period of time, his type of production requires more travelling and organisation than actually shooting. And it involves a lot of people to be paid for, be it on payroll or on contract. This is something you can not just build up and repeat quickly. And after the recent news, you do not want to either: Because apparently it doesn’t pay off, at least not in the typical non-exclusive microstock setup.

What does the step mean for iStock exclusives?

If you have a look at peopleimages.com – Yuri’s own site for selling image licenses and services directly – and search for “people”, you will get almost 100,000 results. I guess that is about the size of his library. Probably not all of those images will end up on iStockphoto, some of them might go to higher priced collections within the Getty family, some might end up in low-end RF collections and on Thinkstock only. But it would be surprising not to see a lot more of his content being shown on iStock. So far, his portfolio has about 13,000 files – of which about 9,000 are photos – while for example on Fotolia, there are 67,000 files available.

So my guess would be, there will be about 50,000 images added to his iStock portfolio in the near future (though it might take a year). Many of them are technically brillant and certainly deserve – and will get – a good spot in the Best Match searches. It is very likely that his images will be even more prominent in every search in the future. Also, his style would easily justify adding many of his images to the higher priced collections – be it E+ or The Agency Collection (which will be changed soon, too). If you are focusing on people imagery, you will have a strong additional competitor – actually his images are probably more of a threat to your images than those imported from the Getty site as part of The Agency Collection.

Are there good news as well in this? Yes, I believe so: First of all, the Yuri type imagery is serving a big part of the market but by far not everything. Most iStock photographers do not really compete with Yuri’s images. Either you are not shooting people at all or your images aren’t all that white, blue and shiny, and you might still find the same customers you found in the past. Only those directly competing with the generic business look will feel a bit more squeezed in their corner of the market.

Also, the move can be seen as part of a response to a topic brought up by an admin in the iStock forum a few months ago: That customers are actually not having enough choice in the higher priced collections. While this sounded hard to believe to some that clients are asking for more expensive images, I do believe this is within the overall development of iStockphoto over the years. Since Getty took over control more tightly, iStock moved out of the microstock corner to a broader offer in pricing and quality. Obviously it has lost a lot of clients on the way but might have won some different clients in the meantime and kept some through all the changes. Those clients still buying at iStock today are probably the ones who are far less sensitive to prices because quite honestly the cheapest guys have moved somewhere else long time ago.

Having a huge high quality library added to the exclusive area of iStock might bring in more of the content asked for. This in return might attract more clients (of the ones who are less price sensitive) which in return could also mean a higher revenue stream leading to more higher priced downloads for other contributors in the long term as well.

Well, there is also the “bad taste” issue: It is likely that Getty/iStock made Yuri a good deal. This could involve letting him keep his own direct selling site (which other exclusives are not allowed to), preferred placement and help with submitting his portfolio. We will see all of this in the future, of course. But it’s neither a surprise nor real news because there have been other exceptions being made in the past like the “exclusive” members coming in through The Agency Collection. And quite frankly, business-wise it should not matter to anyone else because no one loses any of their own privileges and you still get what you signed up for. It might be an emotional issue for some but I would question if that fits into a business relationship – and hey, you must have slept through the last few years if you didn’t notice that is what the relationship between you and iStock is about.

What does the change mean for non-exclusives?

Quite honestly, my thoughts: Nothing. I would hope for it but realistically I would venture a guess that none of the former buyers of Yuri’s images will ever choose one of my images now because his are no longer available. There have been enough “clones” working hard to copy Yuri’s successful style over the years and there still is a wide range of images available. With 25 million files in their library, Shutterstock is not likely to lose any customers because 50,000 images are gone for good now.

Yuri Arcurs claiming that microstock is not going to cover his production costs in the future does not have any impact on my planning either. I don’t have post production companies doing the work on my photos, I don’t have keyworders and I don’t need anyone helping me to distribute my content across the sites. Also, I don’t plan to rent a huge studio space or locations or hire a dozen models for a shoot anytime soon. If I did so – and occasionally I think I might -, I would probably agree with Yuri and not upload those images to the microstock world but to a different agency like Stocksy.

The step might make sense for Yuri because he probably does not plan to have cheap shoots anymore but it does not necessarily make sense for anyone else. And it will not change the world to a better (or worse) place, for none of us.