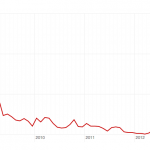 I always was an advocate of public knowledge – that included the visibility of download numbers for each file on iStockphoto. I am not sure if I am going to stick to that opinion after I analyzed one of my all time best sellers in detail.

A best selling image shot during a minilypse in Ljubljana, Slovenia

The story of this image goes back to my early days on iStock. I had visited a minilypse – a photographer organised group shoot – in London before, had met some wonderful colleagues and friends and learned a lot. The images I shot were not selling well, though. So my expectations were low when I decided to go to Ljubljana in Slovenia for my second minilypse. I was so wrong!

It was a great event with lots of photographers and videographers. The shoots were totally business oriented with a variety of models. On the final hour of the final day, we got all models into a big presentation room, and each of our teams got ten minutes to make a shoot. While others focused on shoots from the front, we had the idea to shoot from the back. It was a genius move: The back view didn’t offer specifics on the people which could have set some customers off. It was just focusing on the concept. And it worked perfectly well. The images went hot very quickly (and also my shooting partners had their lypse costs recovered from those shots alone).

The images were very unique at that time – a search with the two main terms combined results in 2,000 images today, ours are on the second to last page, and almost all others before ours were just single business people, not groups.

As you can see from the download charts (I got those on StockPerformer), the image quickly reached more than 100 downloads after I uploaded it in May 2008 to more than 200 per month. Then it fell off in November 2008 and even more in March and May 2009. 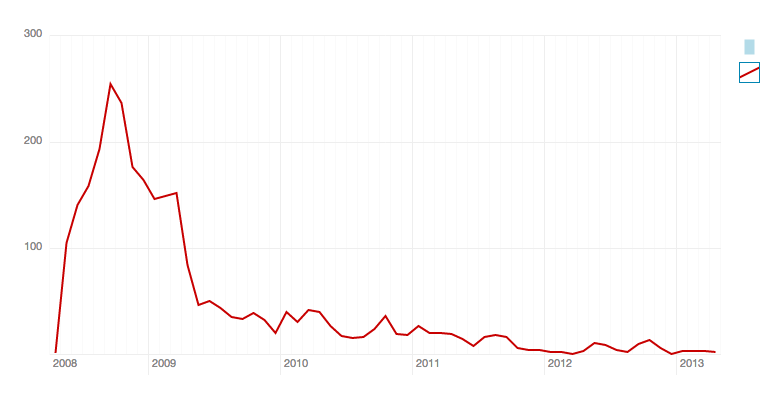 What happened? Is it really that the life cycle of stock images is that short? No, it wasn’t: What happened was smart competition. At least that’s my take on it. In November 2008 a first image depicting the same concept was uploaded to iStock and it quickly gained downloads. Another image was uploaded in March 2009 and a few more in May 2009. Almost all of those images went to blue flames (more than 1,000 downloads). They were technically well done and the concept was refined, removing even the speaker and board in front just to show raised hands.

I can’t prove that the photographer got his inspiration from seeing our successful shots from Ljubljana, though the timing implies this as very likely. But it doesn’t really make a difference. My image has made me more than $ 5,000 over the years, so it more than recovered all costs involved with the trip, and so much more. I don’t condemn a fellow photographer for taking a successful concept and bringing it to a new, better level. It was well deserved that his images received even more downloads than ours did.

Though the result seems quite clear: Without the knowledge which of our images were successful, and especially the amount of downloads they received, it would have been far less likely for someone else to shoot the same concept in a short time frame. So I probably could have made much more money from the image if the knowledge about our success would not have been publically available.

Then again, I probably would not have created some of my successful images without learning from others’ works as well. It might be a fair game helping each one involved, and maybe this is also part of what made microstock successful: Photographers had the possibility to get sales data and feedback beyond their own images.

So, at this stage I might just go from “in favor” of public availability of sales data to “undecided”. What is your opinion about it?