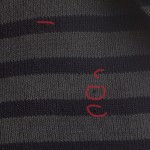 Right now I’m working myself through a batch of images we shot in April – it was a very spontaneous decision with members of the family (myself included) as models, going through a heck of portraits, emotions, gestures, concepts. And we managed to shoot more than 100 images we are going to use for microstock.

One of the reasons those images were not processed and uploaded yet is the sheer amount of pictures from an unprepared shoot. Having just read Dan Brown’s “Inferno”, it’s no surprise Dante’s Divine Comedy is often in my mind.  So these days I call this the “Retouching Hell”.

A few weeks ago, I received a very friendly but clear note about (unprocessed) images I submitted to Westend61. The pictures were the result from a shoot I had set up quickly before that, mainly to test a new male model but also to finally go outside after a long and hard winter. But I tried to save money, so I didn’t even consider a make up artist for that shoot. Yeah, understandably this was (correctly) attributed as “microstock thinking”.

The shoot I am processing right now is also a part of microstock thinking – but quite honestly, the better part. The shoot came at 0 cost, we spent very short time and had a huge number of images as a result. Those images don’t have to sell often or for big money to still contribute to our income.

Then again, as I am now sitting in front of my screen and having to retouch dozens of similar images, all with the same repeating problems, I regret that kind of thinking. Obviously I could have saved many many hours of boring tasks by having a make up artist and by buying a set of new clothes instead of using the old stuff that has lots of small blemishes. Then again, those things are costing money and my time does not. Yes, once upon a time I studied business administration, so I am very well aware of the “opportunity cost” concept – I could have done more useful things in the same amount of time. But in reality, most likely I wouldn’t have.

In the end, all will be fine, and those images will sell every now and then and add up some nice amount of money over time. But for the time being, I will continue swearing about our negligence to care more about the details before shooting. Next time I will. For certain. (unless I get an opportunity to shoot large amounts of images at zero cost, of course)

What do you think about this?