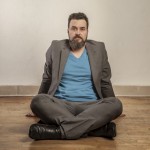 It’s been a while. It’s been pretty long actually. I haven’t found time to update this blog for almost three months. There have been plenty of news which I typically would have used to write an article. But as mentioned in my last post, writing is just a thing I do on the side and productive, paid work always comes first.

How is the market doing?

During the break I took from writing, Shutterstock surpassed the 50 million file mark – wow, that’s a huge number. I was too late to join the party when iStock reached one million images online back in 2006 but I was around when it hit 2 million in fall of 2007. It doesn’t feel all that long. Well, I take that back, a looooot happened in those years.

The EyeEm Market finally went live, at least for North American customers. It once was announced for summer of 2014 but with the Getty co-operation taking some extra efforts (see the 120,000 images that also reached iStock in the mean time) and the market being the secondary project of the company (first and foremost it is a community service) delays didn’t come unexpected.

Getty was reported to be tight on cash earlier this year – and Jonathan Klein said to step down as CEO of the company a few weeks after those news. We will see how this develops but I’m a bit less concerned than many seem to be.

Fotolia was absorbed into Adobe as well in the first quarter. So far I couldn’t really see any impact besides the Adobe logo being prominent on the Fotolia website. But this is also in the early stages and it could actually be a break through for Fotolia in the US market which they failed to make significant returns in despite several tries.

After all, the most relevant news for me: Winter is finally over. It wasn’t a hard one at all in Berlin but I’m a summer guy, I don’t like the cold. And it’s actually happening in real life and not “just” in a technology world.

What I am doing these days?

I have made two important changes recently:

First of all I have given up on detailed statistics on my portfolios. I still have lists and tables with my earnings and royalties, of course, but I stopped tracking single shoots or themes. I simply don’t upload regularly enough to make it worth my time and efforts to draw conclusions from small sets of images.

The overall numbers didn’t improve much recently but that isn’t hard to explain: I also didn’t have much time to upload new images in the first quarter. As a matter of fact, March was the first month since I went non-exclusive when I wasn’t able to beat the previous year’s royalty levels. That is partly due to a big sale on Shutterstock and a few sales on Stocksy I had last year. But I had a good start into April as two sales totaling €130 were booked into my account at Westend61 – and I finally got around to upload new images to microstock.

And here comes the second change: I have also (at least temporarily) given up on the smallest agencies in my portfolio. It just didn’t make much sense to keep sending images to agencies where I don’t have hopes to reach a payout in 2015. It’s amazing that there are places with millions of images that don’t even provide the bare minimum to make a payout with a portfolio of 2,000 or more images. Well, lesson learned. So my focus will be on Shutterstock, Fotolia, Dreamstime, 123RF and CanStock when it comes to microstock. At all those agencies I get paid out several times a year. I also had added BigStockPhoto late last year and have about half of my images online with them. Sales are okay, so I will keep uploading to them as well.

Beyond microstock, I focused my limited time for shooting and processing images to the higher priced agencies during the first quarter: Though I am still very slow in growing my portfolios, at least I am gaining a bit of speed (from “snail” to “turtle” speed). I am very happy with the revenue I am seeing on the premium sites, and at least I seem to have figured out what to upload to Westend61 and their partner network – apparently I still can’t figure out how Stocksy works, and with the many rejections I keep getting I am in the process of considering how much sense it makes for me. The sales are good on Stocksy but that doesn’t really help me if I can’t get significant numbers of new images approved.

Well, there is still a lot to do: I also took a week off from all my other tasks to focus shooting on microstock images. That worked pretty well, I ended up with about 500 images that will be uploaded eventually when I find time. But time is precious these days as I keep doing more work for several agencies on a contract basis. I won’t complain because it’s safe money, diversified work and quite some fun. 🙂