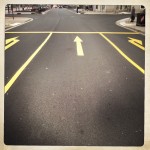 Yesterday, I have published my look back to my first year as a non-exclusive stock photographer. Now it’s time to move on and have a look forward to the second year.

What I am expecting from my second year

My first year of selling stock photos independently has seen a lot of changes for me personally, I had to re-keyword my existing files, adapt my ways of producing images on a regular basis, tried out video as an additional media. Also I have tried – mostly successfully – to change my style of photography when needed to get more files into higher priced collections. 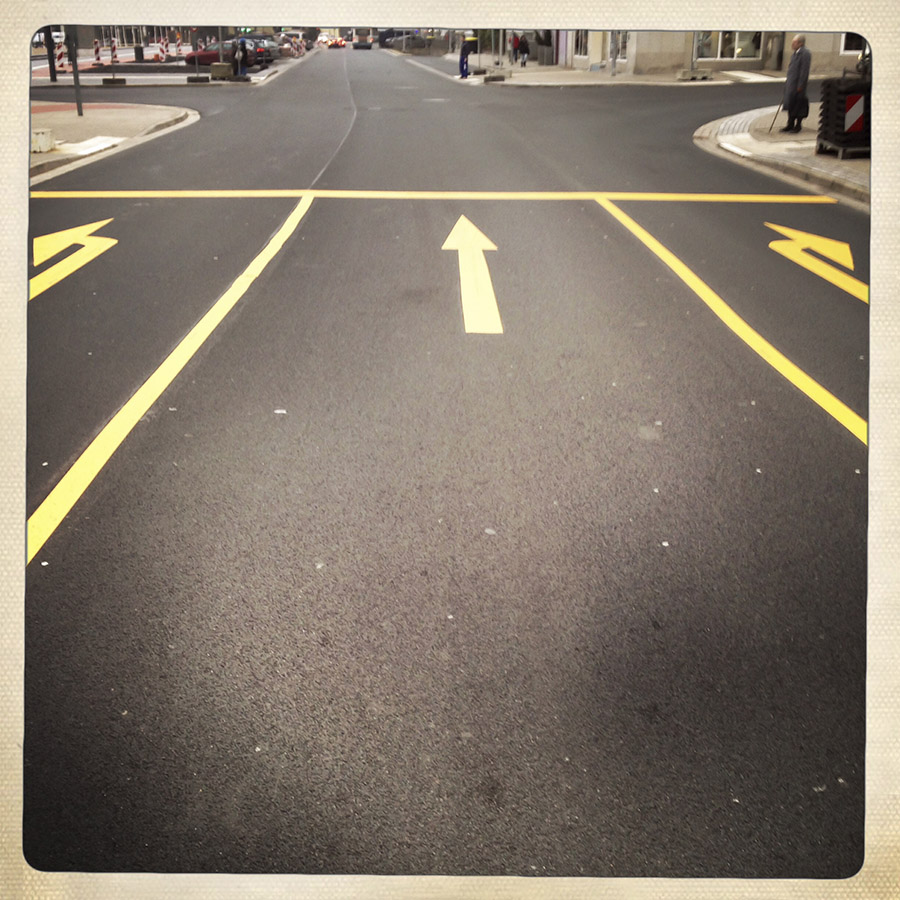 For all of these new ventures, the base is set now. I have learned a lot during this transition period and expect this to pay off in 2014. I still have a pretty small portfolio compared to all those long time pros with 10,000 or 25,000 images in their portfolio. This might look like a disadvantage but for my personal development it makes it easier to grow: I am going to add maybe 1,500 or even 2,000 files to my portfolios this year which will almost double my exposure to the markets while others could only grow their portfolios by 20% with the same amount of new files.

The master plan for year 2

As I had already mentioned in the first blog post of the year, I have made three major resolutions: So far I have kept the first one by shooting something every single day. Sometimes it really ended up being only one image, and maybe I even didn’t share it anywhere. But most days I got far more out of it and started finding images around me more often than I expected. 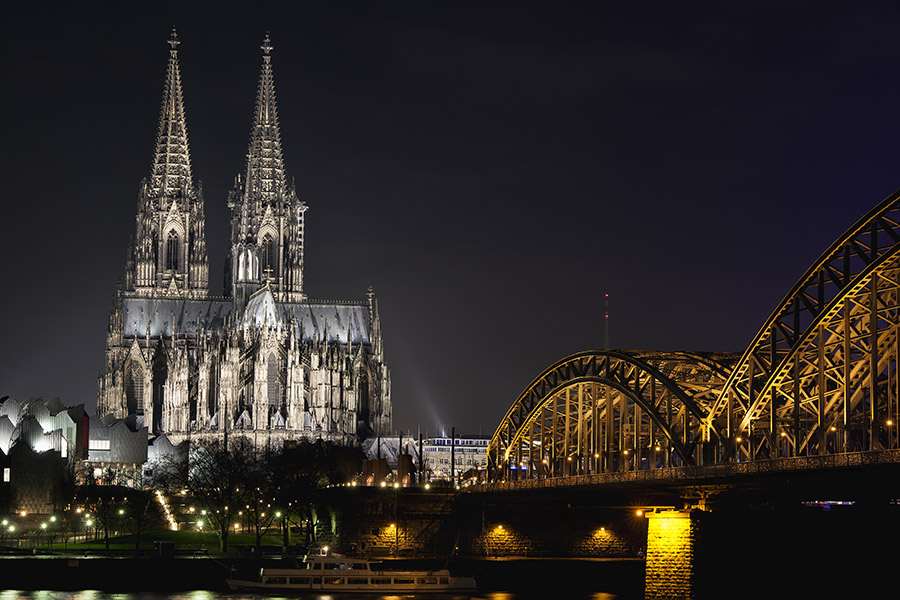 The second resolution about traveling came true quicker than expected: A private event (the 90th birthday of a dear friend of our family) has triggered the idea of turning the travel into a week long business trip. With the limited budget I have at the moment and the crazy ideas of optimizing every cent of it, I managed to get five days out of traveling, visiting four cities (even though two of them only for a few hours but enough to make a few pictures). Thanks to my father and my dear friend and fellow Stocksy and Westend61 photographer Jasmin (better known as Cobaltstock to some of you) I had four nights for free, so the only cost was the train tickets. With the amount of images I took home from five days of shooting, I am quite convinced I can earn this money back very quickly. And I actually have a good idea for the next travel already. I will certainly write about it after the fact. 😉

The third part, getting to a more regular schedule, did not happen yet. It was just too much to add to my list of things these days. I still believe it is a good idea and I will keep working on it. Though, so far I didn’t need to make a schedule to get more pictures taken, processed and uploaded: In January I have added more than 200 images to my portfolios already, so I am well on track to achieving my personal goal.

Specific goals for me in my second year

As mentioned often enough, 2,000 images per year seems a number that full time stock photographers can achieve without the help of employees. Given that I am sometimes limited in my time and energy while taking care of my son, I would say this number is a bit more challenging for me than others. However, I will try my best to get as close to it as possible. Then again, I am pretty self confident and believe that I can work really hard and efficient when I am focused on a target.

In January, I was focused on the new SMART Collection on Westend61 which has given me a lot of new inspiration and was a challenge and opportunity at the same time. So far I have provided more than 150 images to that collection. This has been a big part of my production in January but it also helped me get up more than 200 images in a single month which is quite a good number for me. It is a bit of a risk to put that much effort into a new collection when no one knows if it will sell or not. But I see a lot of potential in this and the images are there to stay. If it takes three years for this to kick in regularly, I would not mind as the work is done now. But I can’t make it my main focus for much longer, of course. It will stay a very nice add on to the other things I do, though, and I will certainly keep supplying to this collection on a regular basis.

The SMART Collection has also helped me a lot in another aspect: The goal to provide a higher percentage of my images to higher priced collections. I still believe in microstock as a major source of income in long term but it isn’t all of the market. In the past I was struggling to adapt my style to fit into the higher priced collections, though. Stocksy United has been a major challenge for me which I happily accepted (and still accept). I was able to pull a few images to start with from all the stuff I had shot over the course of many years but shooting new images specifically with the goal of providing them to Stocksy required me to adapt a lot. I wouldn’t say I’m there yet but I get a higher percentage of my images accepted these days, so I’m making progress.

Having about 5% of my images at Stocksy and Westend61 (and a handful at Getty-Flickr) combined doesn’t satisfy my needs to balance income from as many sources as possible, though. My original target for 2013 was to provide about 10% of my images to non-micro collections and I have failed. However, I have learned a lot on the way and I believe I can set a new target, actually a higher one: My plan for 2014 is to shoot and submit at least 20-25% of my images for higher prices. This should raise my portfolios at those agencies to about 500 images this year and is likely to have a significant impact on my earnings in 2015 and beyond.

But I can not, will not and do not want to neglect microstock. It is still the bread and butter job for me. And quite honestly: Sometimes I enjoy standing in my tiny shooting corner and do simple objects on white backgrounds.

However, when it comes to sales: There are the agencies who keep changing their strategies trying to gain more market share or just to survive in a tough market. There are the customers who have a huge number of images to choose from, they are limited in time and budgets. How could I influence the search engines and if they show my images on top or not. There are just to many factors going into each single license being sold for one of my images, and all of them are totally out of my control.

So for this part I just have to trust in two logical facts: The more images I provide, the more chances I get that one of them will be found and licensed; and the more I focus on improving my photography, the more likely it is that my images will make the cut when the customers decides which of the many images to use.

I am quite convinced that if I keep focusing on my own targets for my own work, the money will come in return. I don’t know where it’s going to come from nor how much it will be. But it will be more than now and before the end of the year it will be sufficient to provide for a living. This is all I need and target for right now.

The major decision to leave the safe harbour of iStock exclusivity was based on the power it gave one agency over my income. It is still the largest market place for image licenses and for many there are certainly still good reasons to focus their efforts but at one point it stopped working out for me.

So whatever I try to do in the future, the main goal is not to be too dependent on one or two places to provide the main part of my income. At this stage, three quarters of my royalties are coming from two agencies (Shutterstock and iStock) and I would like to reduce this dependency in the long term. If one place is providing a third of my total income, this is the maximum I consider a reasonable risk. So while I can hardly influence how many of my images are selling how often, I will try to balance the number of images I upload to certain streams of money.

Why I keep going

In the end, I have been asked (and asked myself) sometimes this past year if stock photography is the right thing to do for me. The numbers I provided do not look good enough to provide stable income. Well, while that is true I am convinced they will change. It requires hard work over a long period of time but it will work.

And my current job allows me a lot of freedom I never had in any other job in the past. Spending time with my son on a regular basis is something I wouldn’t want to switch for working overtime in a conference call. I’d rather be happy than rich. That’s why I keep going.