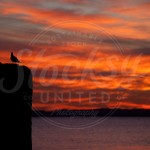 As most of you will already have noticed, a few weeks ago the new stock image agency Stocksy went live. I was lucky to be among the first photographers invited right at the time when I had made the decision to leave iStock exclusivity. Here is my profile on Stocksy with the mere 50 images I have online right now.

In the three months since I dropped exclusivity, the Getty-Google deal happened and Getty has decided to terminate their contracts with several of my fellow photographers, among them the microstock superstar Sean Locke. While I don’t mind the Google deal as much as some other photographers, the payment of a mere $12 for the images used in that deal might be okay for the cheap end images coming from Thinkstock and low tier collections. For images coming from iStock’s premium collections Vetta and The Agency Collection, the payment is an insult as even a single client usually pays more for a small image while Google was allowed to give those images to their millions of users for free.

In addition, other agencies (like Bigstock) announced changes to their royalty structures which are certainly not meant to favour photographers. The market is suffering from an oversupply of images coming from the high availability of cameras and the digital workflow making it easy to share those images.

Getty also announced further deals like the Connect program, allowing users to “view” images from their collection through partner sites and earn a share of advertising revenue along with the images. This can only work on a big scale with millions of images generating billions of views. Which I would assume could work out – for Getty. For the photographers receiving cents (or parts of cents) it is very unlikely to ever sum up to any significant amount. It also includes product selling companies like Cafepress to use images from Getty to offer products to end users without paying a fee – instead, they are paying a share of the sales price. Again, this is a mass market solution summing up little amounts of money and is likely to work out for the agency but not for photographers.

Opposed to this, Stocksy’s mission is clearly to change the rules of the market to a fairer treatment of creative people: The involvement in corporate decisions as well as the profits will put pressure on other agencies, should they seek for creative imagery. I don’t think it will put major pressure on the microstock market – neither the prices are going compete with microstock nor the imagery – but it will show a clear signal that imagery beyond the typical microstock stereotypes deserve a higher value and a higher payment to the creative people involved.

Why should I support it if I am not a member?

I believe Stocksy is based on valuable ideas that could change the market if it succeeds. Not only do photographers get a fair share of all license fees – 50% for regular licenses, 100% on extended licenses -, they also participate in the company and will receive a bonus if it turns profitable. Stocksy will pay out 90% of all profits to its photographers, the other 10% will be a bonus for the employees as they also take part in the company’s success.

We all know the percentages being paid in microstock – not the exact number but we can make qualified guesses based on publically known figures: iStockphoto had paid out a bit more than 30% of their license fees to contributors before they changed to the RC system which certainly has reduced their payments. Also, since Shutterstock went public, we can find out in their published quarterly and annual statements that their contributor payments are about 28% of their revenue. Outside of microstock, there is no way to avoid Getty Images as a selling platform – and we all know that their base line is to be pay 20% of license revenues to photographers, with a clear downward trend over the years, and their Connect program seems to go even further. This is far from the 50:50 share that once upon a time was the usual split between agency and photographer.

To change the trend, it takes a strong player in the market that follows a different set of rules. It is hard to imagine where this strong player could be coming from – in the microstock market, fresh agencies have to compete with a small portfolio against larger agencies in a saturated market. This can hardly be successful unless you compete on price. On the higher end of the market, only Corbis is seriously competing with Getty on a global scale but they have a history of not getting close in market share. Also, they are not more photographer friendly than Getty as can’t be expected from any company driven by investors.

So what we photographers really need is to help build a new player targeting a different niche at first to grow into a larger piece of the market in the mid to long term. This is the only way that can put enough pressure on others to rethink their rules.

In the end, the clients will decide what value they put on images and what level of creativity they are willing to pay for. If the “apple isolated on white” is all they ever need, there is no way to make the market work in favor of photographers. For these kind of images the only way to compete is to compete on price. But we can challenge the clients – and ourselves – to think outside of the cheap stereotypes and go a step further. I am convinced that there is a large enough part of the market to pay the rent and living for many of us even in the future and with all those changes we are experiencing thanks to technology.

How to become a part of it?

Obviously, at the end we all want to be part of a place that shares revenues and profits in fairer manner than what we are getting right now. For some of us, this has already become a reality, while many others have been turned down for the moment.

The challenge put out is two-folded: On one hand, it does not make sense to accept tens of thousands of photographers while there is not enough revenue to make a significant income for everyone involved. It doesn’t make sense to run a 50:50 share if most photographers will not make more than $5 a month from it. The concept behind Stocksy can only succeed in the long term if it allows the full-time photographers involved to make a significant part of their living. Therefore, I expect the acceptance to be very strict for the time being, and only losen up once it reaches enough revenue to allow for more photographers to make serious money.

On the other hand, as explained above, competing with the same style of imagery in a saturated market, can only work if you compete either on a genius search strategy (which is what iStock and Shutterstock are trying) or on price (which seems the route for many smaller agencies). The only sensible approach to make a difference is to be different.

For photographers interested in joining I guess the best approach is to first challenge themselves to see if they can produce a different kind of imagery than they used to in the past. It doesn’t have to be super cool from the start but try to go beyond what you did until now. This is what I have tried to do over the course of the last decade since I started to take photography more seriously. I had to learn a lot of new things from “how to compose an image” through “how to process sensibly and non destructive” to “what kind of images sells”. Microstock has helped me develop a certain set of skills that I can use but it isn’t all that I will need if I want to make progress. Stocksy is coming at the right time for me as I am looking for a challenge to get even better, to put more creativity into the equation and less consideration of the pure salability for the mass markets.

If you appreciate challenges like I do, I think targeting to become a Stocksy photographer is the best you can do to develop yourself as a photographer. I hope you will take up the challenge and go beyond the world of cheap.

Take up the challenge

And as it happens, there is another challenge: The Stocksy challenge – to discover new photographers to be invited, Stocksy has started to publish “Assignments” in their blog. Have look what to shoot for, get your creative juices and come up with a great image, then you might have a chance to get into Stocksy quicker than expected.

Also make sure to follow StocksyUnited on Pinterest to get a better idea of what editors are looking for. As you can see in my portfolio and even better at Sean Locke’s it is not all that gets accepted once you are in. Editors are willing to accept different styles as long as there is some style beyond a well lit “apple isolated on white”. Good luck with your venture. 🙂