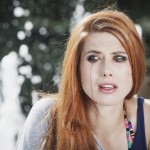 A few months ago, I was very excited to have signed a contract with a German macro agency, Westend61. However, it took me quite some time to start uploading images for sale. It is still quite a challenge to create more complex, well lit images, and I am now trying to cater both Westend61 and Stocksy United.

When I received some feedback about a shoot where the resulting images were mostly subpar, the first thing I did was to contact several makeup artists in the area, so I could always access one when I planned new shoots. With one of them, I decided to set up a test shoot – for one, it was to get to know the makeup artist Joana, but I also wanted to experiment with my own light setups in outdoor situations. For the shoot I asked Linda to model for us – she is an actor but has worked in several shoots for different photographers in Berlin. 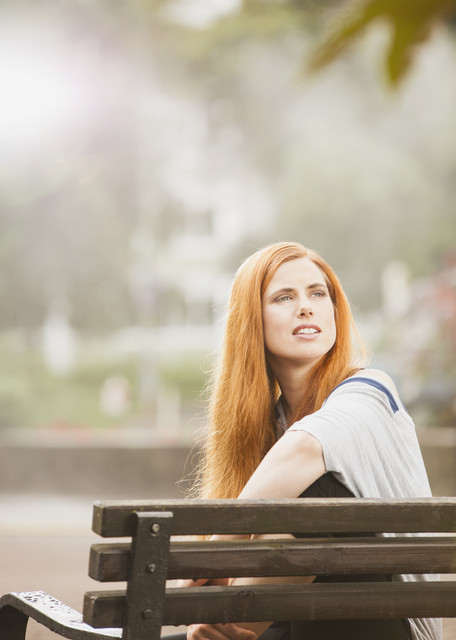 The first set of images we created was a small series of summer portraits. I liked Linda’s red hair and thought it would fit well into a scene softly lit by an early sun through some trees. Well, I quickly realized that at this time of the year, the sun would not be a big help at the times I was able to shoot.

So I brought my own sun: The image above is lit by two Canon 580 flash lights – one with an umbrella coming from the front right to light up Linda’s face. The other one without modifier in the background and turned around, so it would flash into my camera. I had to play around with the settings for a bit but that’s the charm of digital photography: Have a look at the picture, check the histogram and you will get instant feedback and the option to correct the problems.

During retouching I added some red and yellow tones and removed a lot of the strong greens you get these days.

Challenge for the MUA: Crying woman 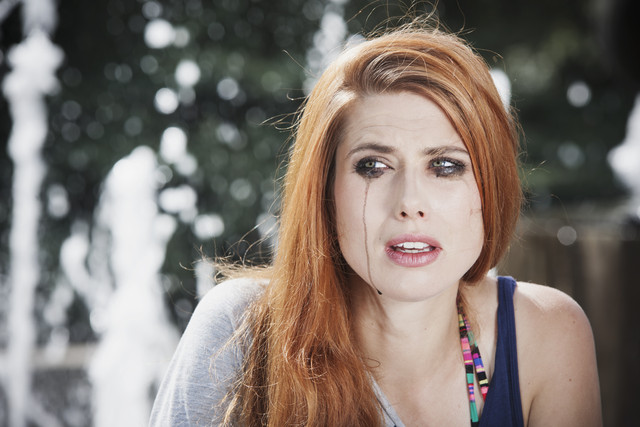 Crying woman in front of a fountain

As usually the makeup requirements for stock images are “very subtle, not too much”, I decided to pick a topic that would require a bit more effort on the side of the makeup artists. Also with Linda being an actor, I thought getting her to bring in some genuine emotions would not be a problem.

I had put together a mood board with images. But quite frankly, for this topic I could not really find many that I actually liked. They were overacted or had far too much makeup. So I am absolutely happy with the images I got from this part of the shoot, they were perfectly what I was looking for.

As we had to move around a bit spontaneous during the shoot to find a good set, light and background for the scene, I found it quite symbolic to use a fountain as a background, topic wise reflecting or actually contradicting the tears in her face. But that probably will go unnoted from most viewers, it’s still something I personally appreciate.

This image was lit by the sun from the back as you can see the highlights in her hair and on the shoulder, and with a single flash shot through an umbrella from the front to balance the light in her face.

Studio images – not on white background 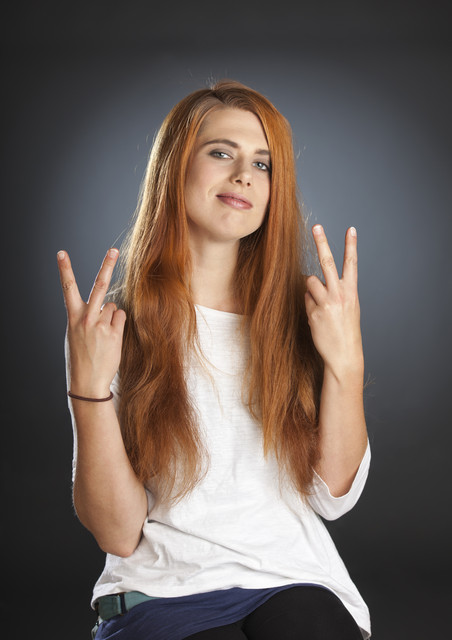 At the end of the shoot, we decided to take a few more pictures in the studio.

I have shot so many things and people on a white background. It was easy to use, so it was perfect for me to get “guaranteed results” for many years. However, I never really liked it. I’ve always bin a big fan of putting people in front of a spot light on a dark background.

So this image was lit with three studio strobes: A big softbox from the front right just outside the frame to get an even lighting on the model’s front; a strobe with flaps from the back, putting some focused and controlled highlights on the opposite side of the model (here in the left on hair and arm); and a third strobe with the Elinchrom Snoot & Grid, aimed from the front above the model’s shoulder to create the small circle of light on a grey background wall.

I hope you like these images, and I hope some of you might even find the information about the lighting useful. But I am also willing to listen if you have thoughts what I could have done better.