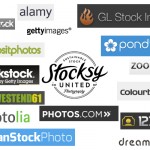 July 9, 2013
by Michael Jay Fotograf
Comments Off on Setting goals for the second half of 2013

The first half of 2013 has passed, and so did the first half year of my independence. I have summed up my experiences of those six months in a separate blog post last week. Now it’s time to draw some … Continue reading →