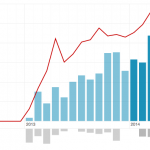 September marks a new personal milestone in my overall earnings levels since I went non-exclusive from iStockphoto at the end of 2012: Especially Shutterstock and Stocksy United have returned new record numbers this month.

Not saying too much about Stocksy this time… only two things: It’s beyond some random downloads a month now. And there is continuous growth. And I have less than 10% in portfolio size compared to what I distribute through microstock channels. And for the whole of 2014 so far, Stocksy is already my number 3 earner, ahead of all the Dreamstimes and Depositphotos. Okay, that was four things. But that will do for now.

My most important sales platform these days is Shutterstock. Check out my portfolio on Shutterstock if you want to have a look. It’s nothing unique or special, it’s a lot of useful images for different purposes but definitely not something anyone else couldn’t do.

Still, even in this market of 2014, my images are doing pretty well. Factually (and a bit to my surprise, had you asked me two years ago), right now I am making more money from my images on Shutterstock alone than I did two years ago from my iStock portfolio as an exclusive. That is somewhat surprising, given the fact that my images were sold at higher prices, less subscription sales and higher royalty percentages when I was exclusive at iStock.

And if I compare my portfolio sizes: Yes, I produced a lot of new images since I went non-exclusive from iStock. However, the amount of images on Shutterstock is not much higher than it was at iStock before I left exclusivity. I “replaced” a few old images that are still on iStock but didn’t warrant re-processing and -keywording to be uploaded to new agencies. Also, a few hundred iStock images will always be locked in because I shot them at iStockalypses. So effectly, I have about 10% more images online with Shutterstock today than I had on iStock two years ago.

Another rumor going around is that sales on Shutterstock fall quickly when someone stops uploading. As you can see from the grey bars on the bottom of the chart above, you will find out that I did not upload that many new images to Shutterstock in about six months now since I focused my efforts outside of the microstock world. Still my sales are on the highest level since I joined them. Okay, I did not try “stopping” completely but having added less than 100 new images (and a few videos) in six months is not much in the microstock world, is it?

Reliability of earnings is lower on Shutterstock

However, there is one thing to say: The royalties on iStock were quite depending on search results. Whenever they decided to tweak the Best Match, your sales could go up or down. Beyond that, the sales were rather consistent, at least for me. I had a whole year with maybe 15-20% deviation from month to month, even during the summer slowdowns. On Shutterstock, the monthly sum is pretty dependent on the big sales – actually, July was already (far) better in sales than the same month two years ago was on iStock. But June and August were about a third lower. Now September is more than 40% higher than August. These deviations are mainly coming through the large special image sales they are making. A single one can come in for $60-80 and change the whole month at once. Luckily I get a few medium paying sales every month now and the big ones are happening every second month at least.

But in the end, the average is what counts. And I am quite optimistic, with some new images to come online in the near future, my earnings will reach new record levels again and again on Shutterstock. Plus add all the other agencies that I can offer the same images to. Plus the exclusive images I have on the higher priced sites. Enough reasons to stay positive.