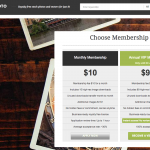 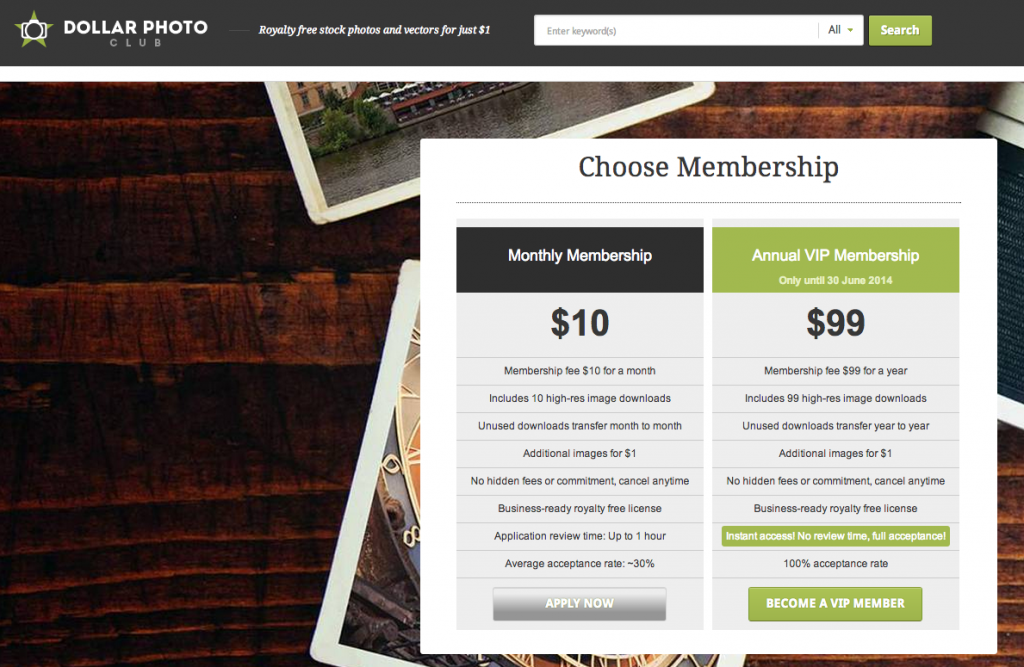 There has been a lot going on these last two weeks around the Dollar Photo Club and Fotolia. A lot of people have written a lot of things about it – for example on MicroStockGroup -, and then some people started to launch a D-Day campaign.

The “D-Day” (short for “Deactivation Day”) was an initiative at the beginning of last year to remove images from iStockphoto after Getty had made a deal, selling thousands of images for very low fees to Google to distribute as part of their Google Docs apps. The second version of D-Day was now directed at Fotolia. But why did this happen? What’s the story behind it?

What is the Dollar Photo Club?

The Dollar Photo Club is a separate website, started and run by Fotolia. It is directly heavily at US users. Fotolia is well known in Germany and France, actually to an extend that many users believe it is a German (or French) company. But it never was really successful overseas. They have tried several ways over the last few years but could not gain significant market shares against iStockphoto and Shutterstock.

With the DPC, they launched a completely new separate offer, unconnected to their brand and with a message of “secrecy” and “membership”, referencing the “Fight Club” movie. Well, we do talk about DPC, though. 😉

The new offer is a mix of subscription and credit packages. While it sounds like a subscription at first, there is a key difference: If you don’t use up the downloads you prepaid within the time frame you signed up for, you can take them over into the next period. So if you buy a volume of 10 images this month but only use 7, you can still use the 3 remaining downloads plus 10 new ones next month. And each of those downloads costs $1.

What is the problem selling images for $1?

Yes, that is the history microstock is coming from: Images for one dollar. But it was a headline ten years ago. Times changed and as more professionals provided better quality images, prices have changed. The one dollar image still exists but mostly it is a web resolution. For large images, you have to pay more. Sometimes $5, sometimes $20. But almost no other agency offers large resolution images for $1 anymore.

Having a site selling large resolution images for $1 would be a major set back in stock photography pricing.

But you sell images for $0.36 at Shutterstock as well, right?

However, those are subscription sales. The customer has to make a big upfront investment (like $249 for a month) and gets a large volume of downloads (25 a day, 750 a month). As a consequence, those buyers have no reason to hold back downloading lots of images, even if they don’t use them. Download five images and have a look at the large resolution first before deciding which one to actually use. Download an image for comping purposes, throw it away when you get the real shot.

With the Dollar Photo Club, things are different: You pay a rather low amount ($10 or $99) and get a very low amount of downloads you can make – 10 in a single month or 99 over the course of a year. This is not targeted a large companies needing lots of images. It is not targeted at graphic designers who do a lot of comping. It is targeted at small business owners starting their own website who just need those five or ten images.

What else is going on?

To be honest, I do not follow forums on most agencies closely. I do not even look into MicroStockGroup every day. So I can’t really be sure which of the stories told are true or false, a matter of misunderstanding or anything. But there are too many stories about how Fotolia is communication with its contributors to not worry: Apparently sometimes the “officials” don’t even know that DPC is a site owned and run by Fotolia, they called it a partner. There has been confusion about what the license allows or not, and it might have included limitations that would require Enhanced Licenses at other sites. 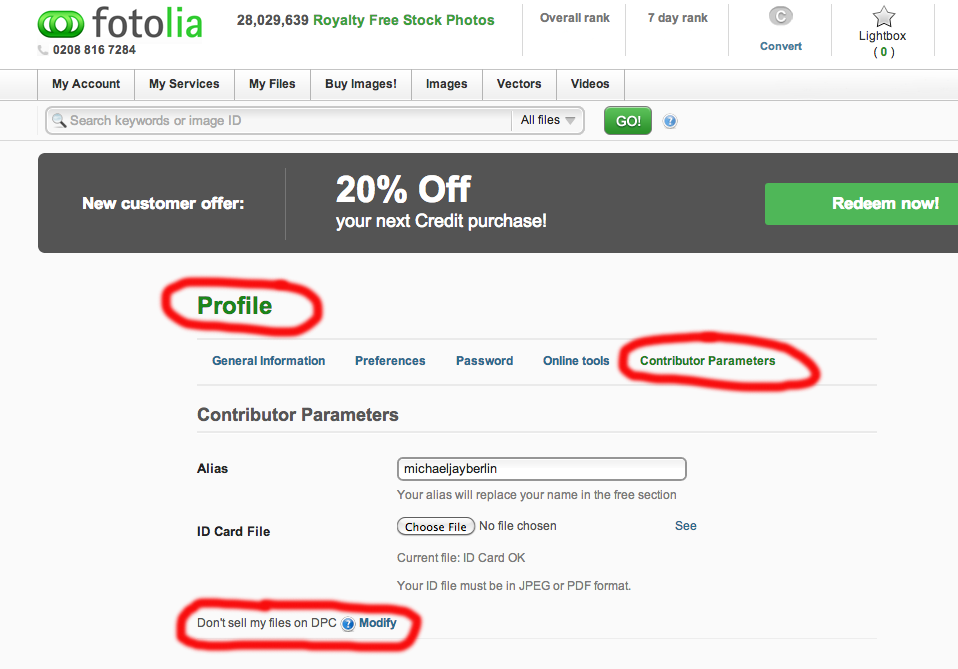 Opt Out Function in Fotolia Profile

Also, now that Fotolia has implemented an Opt Out feature, it is well hidden in the profile and abbreviated with the DPC acronym that many people will not really understand. It’s just not honest, straight forward and good. I don’t like it because it leaves a bitter taste.

So, do you support the D-Day with deactivations etc?

Partly. I did opt out my images because I do not want to support a site that basically sells large resolution images at a minimum price with no commitment required by the user to download loads of images they most likely can not use. I assume every single image downloaded on the DPC will really be used somewhere. They should pay a proper price. And I’m talking $5 here, not a fortune.

I did and do not plan to deactivate any of my images from Fotolia. Quite frankly, if I would remove images from every agency that ever did anything against the interest of its contributors, I would quickly run out of places to license pictures. It’s part of the market, neither Fotolia nor any other agency has my personal interest as their first priority. And I’m okay with that. I just want to make the decisions myself if I want to take part in any “new opportunity” or not.

But still I do like the way things have developed among microstock contributors in recent years: It looks like about 20% of the images Fotolia distributes were opted out of the DPC so far. And probably around a million images have been deactivated or contributors closed their accounts. I think it shows that there is a growing feeling among microstock contributors that we have to find ways to work together if we don’t want to get screwed by agencies over and over again. That’s why I believe it is important to spread the word, tell these stories and support the ones who take action.

I encourage everyone who sells images on any microstock agency – be it just a hobby or profession – to stay involved with your peers around the world.