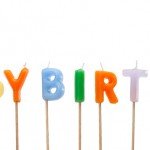 Today, one year ago, Stocksy United started licensing images. I missed the start as I was on vacation with the family at that time. I thought I’d use this to reflect on what happened within those 12 past months and where we are now.

It was a big gamble for everyone involved in the starting phase but with iStockphoto founder Bruce Livingstone heading the business, Brianna Wettlaufer defining the look and style of the collection as well as doing a brilliant job in marketing along with a great and experienced team, Stocksy was bound for success.

You still don’t know what Stocksy United is?

Stocksy is the place that pays the highest royalties, with 50% on regular licenses plus 100% of all Extended License payments. And whatever is left at the end of the year will be distributed among employees and photographers. It’s not a non-profit, it’s a co-op sharing the profit among its owners. While the concept of co-ops is not new – it was very popular with farmers buying heavy machines each of them would use only one or two days during harvest – in the stock photography world it brings photographers into control over their images and money made from them.

To be successful, Stocksy had to be inventive and creative: The old “stocky stock simple images isolated on white” that became popular with microstock, can not be found on Stocksy. There is no point competing in an area that is filled with millions of cheap images. So, we focused on high value images with real environments. It doesn’t really look like stock anymore, it looks like photography should be: A documentary of the world how it is, picture by picture in style and beautiful colors.

How much do I make from Stocksy?

I am not a super hero of photography but I have my good moments. And I like to challenge myself getting better each time. So I ended up with slightly more than 100 images in my portfolio at Stocksy up to now. This represents roughly 3% of the imagery I have for licensing at the different agencies I upload to.

With these 3% of my portfolio, Stocksy United has earned around 7% of my total royalty earnings in Q1 of this year. So on average they pay more than double what I make from the rest of my images. This is quite impressive by itself – it is even more impressive given that Stocksy is a startup, just a year old, growing with enormous speed month by month.

Will Stocksy United save the stock photographer community?

No, most likely not (I don’t believe anything has to be “saved” anyways). Stocksy is meant to be a place offering sustainable income for the people involved. By definition, this already means we can not accept tens of thousands of photographers. The number of contributors has to be limited to allow each of them to make significant amounts of money to keep doing what they do. Also with their specialised collection, the type of images accepted and shown, it is not meant for everyone. If you think, you are right for it, keep applying when they are looking for new photographers to join. But don’t stop there if you don’t succeed.

I believe that Stocksy United is an important piece of the puzzle how photographers can finally take back control they had given to financial corporations for quite some time: It should be taken as an example and inspire new ventures to be started. I am currently looking at projects like Symbiostock, offering photographers a rather simple way to sell licenses directly and be within a network of stock photographers. Maybe some other microstock photographers will take a combined approach and start a new place with new ideas as well.

I don’t know what the future holds. I just know that Stocksy is at least one place where I am not treated as a supplier but as a partner and co-owner. And I get to vote on how it will develop. And I get a share if it continues to be successful.