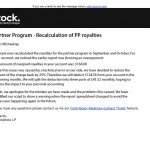 Some of you might also have received these Contributor Newsletters in recent months about the problems with the partner program royalties back in September and October 2013. It all started when some of us noticed a massive change from “subscription” downloads to more “Image Packs” shown in our reports.

iStockphoto quickly reacted and sent out this notification a week after the initial reports from contributors came in through the forum and on MicroStockGroup: 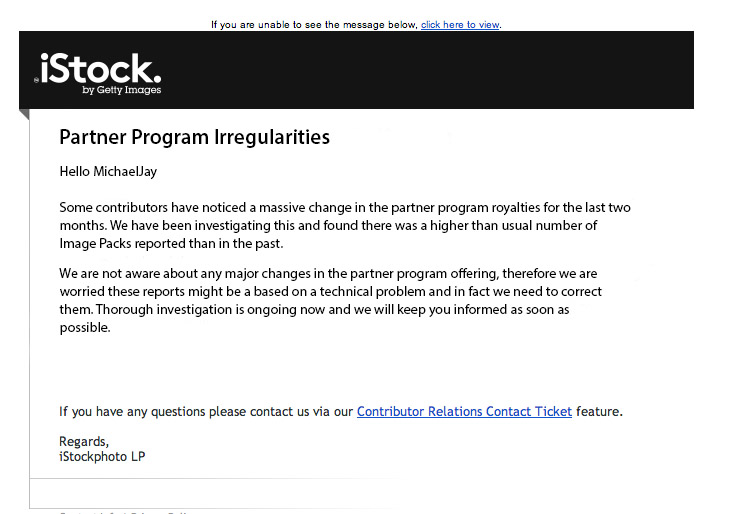 Well, those of us active in the community had noticed and we were actually aware that this would not be good news. But at least we got some warning about the issue quickly.

A week later, iStock Contributor Relations confirmed our worries and that there was a miscalculation of the partner program for the two prior months, affecting most of our accounts: 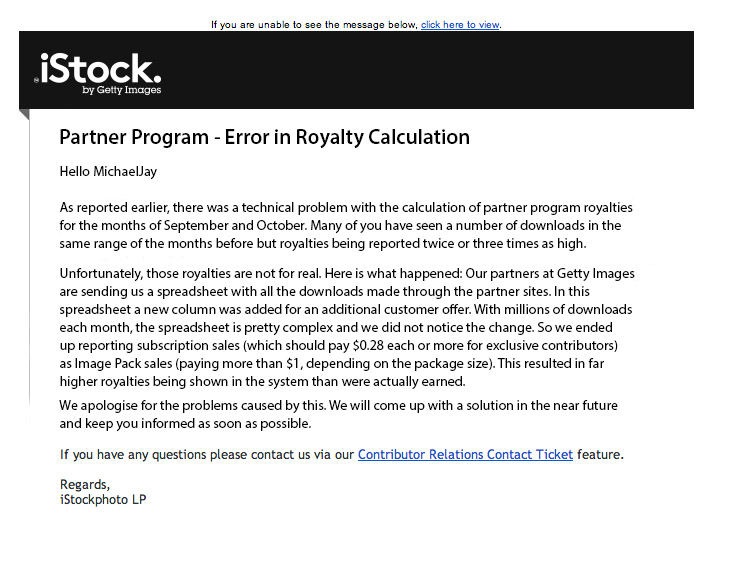 And a few weeks later, iStock came up with the final amount we were overpaid and how they are going to handle the correction of those overpaid contributors.

It was an ugly issue and we would have rather have seen a confirmation that those unexpected high royalties paid out in September and October were for real. But at least it was dealt with professionally and we received a fair compensation for the problems: 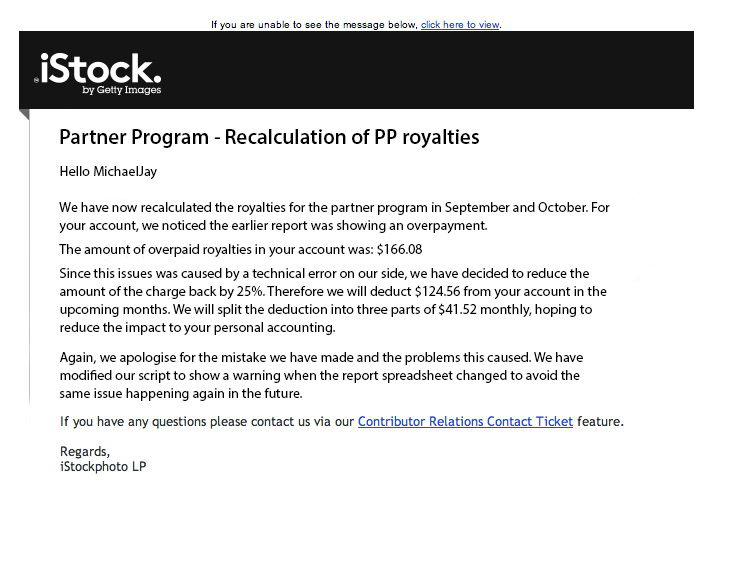 Conclusion of the PP royalty errors

Well, all of this started in November and in December we had the first deduction, so now at the end of February with the last deduction my account with iStock should be even once again.

Well, this is almost how it happened

Okay, okay, you’ve got me: All of those message above are fake. I just decided to write those messages how I would have liked iStock to handle their error. Mistakes are human and can happen.

It is just a matter how you deal with your mistakes and errors that define how much respect you can earn from your partners. Bringing good news is always easy, it’s how you deal with bad news that show the way you treat others.

When you look at the statistics above, you can easily see that the number of downloads in the partner program was more or less stable over the past year but the royalties suddenly showed three times the usual amount for the same number of sales… well, that is more than just suspicious. Sometimes things are not just too good to be true – they even look to good to be credible from the start.

However, iStock has decided to 1) discourage error reporting from contributors over the course of years by constantly ignoring all those reports coming in from the outside world; 2) take two months for discovering their issue and another seven weeks from discovery to coming up with a solution; 3) decide to keep all of this “hidden” in a subforum on their site which is used by maybe 30 or 50 people while not informing most contributors affected even once; 4) offer no explanation of how and why the error happened, not even admitting there was an error, not apologizing, nothing.

No, none of this comes as a surprise to me or probably no one else. It is just the way it was for a couple of years now and it won’t change, so why should I get angry about it. I knew this was coming, probably even before the responsible people at iStock knew it. And I just don’t care and would rather get over it sooner than later.