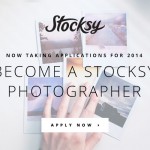 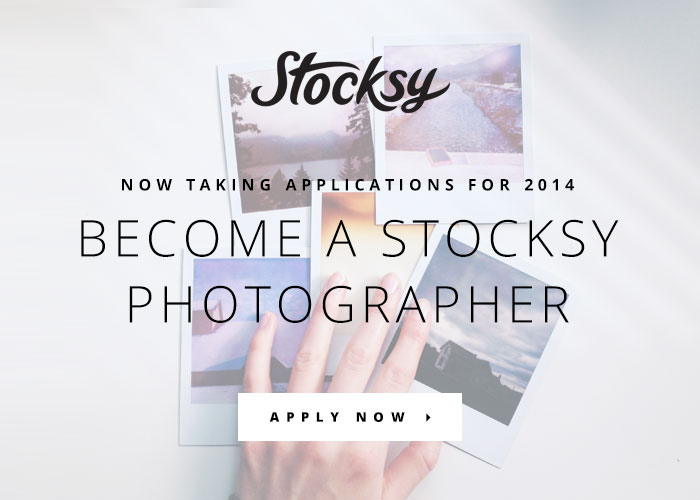 You probably have seen it as it has been going around pretty quickly: Stocksy United has announced their new Call to Artist page and is ready to find new artists for 2014. As you might know, I have been lucky to have been one of the very early contributors. I have been very happy about the experiences I have made with Stocksy so far. And I have recommended a few artists to Stocksy who are now represented with their portfolios**. So despite being harsh on my own skills every now and then, there must be something I have seen right in the past. And I would like to share some of my thoughts.

However, please do not take any of these thoughts as an “official guideline” or “inside knowledge”. All of this is personal opinion. Feel free to pick the parts of this post that you like and ignore the rest.

My thoughts on how and why to apply to Stocksy United?

Why is Stocksy limiting the number of photographers?

Stocksy does not want to be the place for everyone. Mainly because it just can’t. The claim is to provide “sustainable stock photography”. It can’t do miracles and change the whole market at once. It is still a startup, just over a year old, entering into a market that is really crowded already.

So while the growth we have seen is continuing, it just doesn’t make sense to split the revenue among too many people at once. Having everyone on board will end up with no one being happy and making a decent amount of money. Limiting the number of photographers is actually a responsible choice, not a fancy way to create some fake feeling of exclusivity.

What are the odds that Stocksy will accept you?

I do not remember the exact numbers but I believe they once mentioned to have received many thousands of applications last year. Actually an amount that was not manageable for the very small team Stocksy is having. Maybe it was 8,000 or 10,000?

I would guess the numbers won’t be that much lower this year. So the odds of getting accepted into Stocksy statistically would be around 5-10% of all applicants. That means, even if you have a great portfolio there is no guarantee. It also means that a rejection does not mean “you are a bad photographer” but “sorry, we just have a certain number of slots to fill right now”.

What kind of images should you apply with? 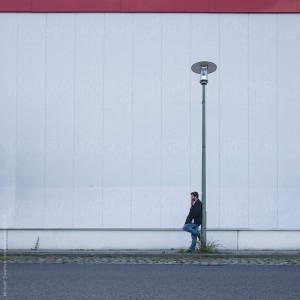 Self Portrait – the way I love

I believe that – especially when you are coming from microstock – the biggest mistake most photographers are making is to start thinking “which of the images in my portfolio would fit well into Stocksy?” Don’t get me wrong: There might be images in your portfolio that could end up in your Stocksy portfolio eventually. But I believe it’s the wrong way of thinking.

You should rather think about: Which are the photos that I really loved taking? Maybe: Which are the ones that I felt are not appreciated enough? Potentially even that much that you didn’t upload them into your microstock portfolios because you knew they would just sit there, ignored in the masses of images in those libraries.

If you look around in the Stocksy library, you will find images of many different types: Faded looks but also saturated colors. Lifestyle shoots but also landscapes. Simple concepts or fashion shots. You will even find images where you ask yourself “Is this really worthy to be on Stocksy?” It is really hard to “find out what Stocksy is looking for” by checking the images already in there.

However, there is one thing all those images have in common, and I needed quite some time to understand that: If you look at those images in the right context (in the single photographer’s portfolio), you will see that all of them were shot with passion. They were not produced with the “I shoot this because it will sell” mentality that stock (especially microstock) has put into our minds. It’s the “I really like this, I have to shoot this”.

Yes, there are “staged” images in the library. Yes, we all do this with the thought of making money from it. But it’s not all to it. It’s also that “I really love what I do” feeling which I believe is visible in most of the portfolios on Stocksy.

Also, a common thing among many Stocksy portfolios is that many images are “taken as snap shots from real lifes”. Yes, many just have good taste and have their lives arranged in beautiful ways. Others lead exciting lives and happen to be around interesting people all the time. And some of them are really good in just shooting every day whatever they find interesting in the world around them.

By the way, Stocksy has also published a Lookbook for applicant on Pinterest. You should definitely have a look at it. But don’t get too worried if “that’s not what you do”. If there is one image in there that you think “oh, I love it. I wish I could have shot that one”, you might already have found something you can use as a guide for yourself.

What if Stocksy doesn’t accept me?

Get over it. It’s not personal. No rejection ever is. You have lots of options, use them.

Find other places (there are tons and new ones seem to pop up regularly, like 500px Prime or the EyeEm Market recently).

Think about your personal development and try to improve your photography. Not saying your images are bad but we all can always improve. Focus on that. I did and still do. It helps a lot because that’s the part you can influence most. Let others do their job, focus on your own.

Try again. This year, next year, whenever.

Stocksy is arrogant, why should I apply with them? 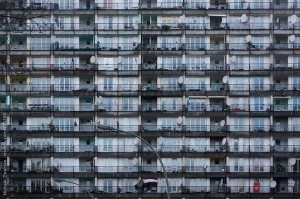 Not beautiful – but the world isn’t always, is it?

Is Stocksy arrogant? Maybe you’re right. It is limiting itself to a certain range of images which they believe are superior and unique. It doesn’t accept everyone who can push a button on a camera. Yeah, that’s arrogant. Rightfully so as that is the only way to be different, to be unique and to be passionate. Not trying to make everyone happy.

If you have a problem with that, you should rather go to (or stick with) the microstock agencies that allowed basically everyone to get their shot at selling images. I don’t blame you, I’m still there and will continue to be there.

But I have been rejected by agencies as well. Places that thought I wasn’t right for them. Or actually not me but my images. My portfolio sucks. My images are boring. So what? That’s how it goes, some place like your images, others won’t. If you think that means you shouldn’t even try, then go ahead and don’t.

They won’t accept me, so I don’t like them

Yeah, that’s the essence of many statements I have read in blog posts, on Microstockgroup, on Facebook. Well, you don’t have to.

However, then please also stay away from complaining about how other places are treating you badly. Because even if you are not accepted on Stocksy, as a stock photographer you should at least respect that some people are out there trying their best to change things to the better for many of us. And with every little success they will also put some pressure on other agencies to fight more for the best artists.

I believe we are now in another phase of change in the market: Microstock has opened the doors for many people who would not have been able to offer their images for licensing during the last decade. We are now seeing an oversaturated market of images while the demand has not grown as far as the supply did. This will certainly continue. However, the more those masses of images are growing, the more important it will get to be unique. And for those who are truly unique, chances are that you will find a place that treats you well.

Unless you trust that investment bankers are going to take care of your personal situation. Then go cheer for them.

Good luck and let me know

If you get ready to apply for Stocksy now, I really wish you good luck (even though it’s Friday 13th today 😉 ) – it takes great images but also a bit of luck, I guess. Picking the best images to impress someone is a very hard task. Judging images is a very subjective topic as we all know. If you feel the need to get some feedback, there is a section at MicroStockGroup for Stocksy that is also regularly being visited by some Stocksy contributors. None of them can give you a final answer but you will at least get some more opinions on what to select.

I would definitely like to hear back if you succeeded or not.

** Apparently I wrote this in a way that it could be mis-read… I am (and never was) involved in the process of evaluating applications; nor do I exactly know (or want to know) who is and how they are doing it. It appears to be a complex business that I’m happy to let other people do. What I meant to say is that I found a few photographers who I was almost certain would get accepted and would appreciate the chance, so I personally contacted them suggesting they should apply. And with those I was mostly right. But I can’t really help you improve your odds. 🙂