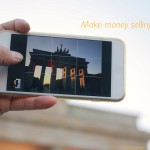 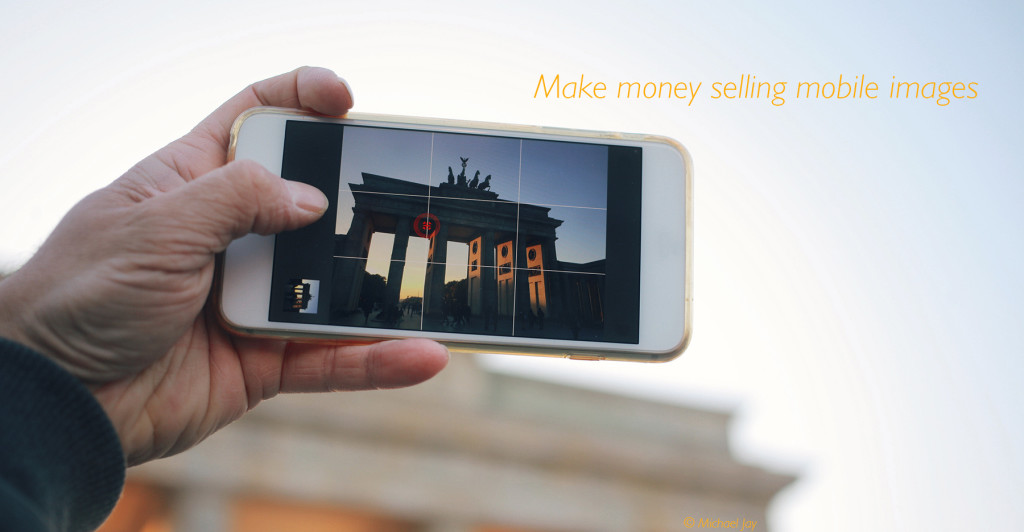 For maybe a bit more than two years, mobile sourcing of images for licensing to commercial and editorial customers has become a bigger topic. It’s hard to say where things started to get serious but when Yuri Arcurs invested in Scoopshot and Fotolia launched its Instant app and collection in summer and fall of 2013, you could tell that market leaders started seeing some potential.

My personal adventure of getting serious about mobile stock imagery has started with a few uploads to Stocksy United and became a lot of fun with Westend61 launching their SMART collection which today is being distributed through Plainpicture and Gallery Stock, two excellent high end distribution partners. So you can see that even the players who talk to the big customers are taking smart phone imagery seriously. In spring of 2014, Getty Images and EyeEm joined forces which seems a good match between the company that still is the world market leader in image licensing with a mobile community grown as a place competing with Instagram.

Is it time to take mobile stock serious?

Across those offers, I have more than 500 images submitted through mobile channels. Until today, I couldn’t say that I am making good money from these images compared to the “traditional” stock images shot with my DSLR cameras. I have sold three very nice licenses through Westend61, netting me € 150 so far, including a book cover (bragging is nice, too). I am seeing regular but few and mostly small sales through EyeEm x Getty. And I see the occasional sale of a mobile image through the microstock channels. All in all I couldn’t say that my ventures were too successful, at least not as someone who is trying to make a living from shooting and selling images. Though we can not neglect that there is a market for these images. It is hard to say how big the market is when you don’t try to be part of it.

Also the technology is constantly evolving: New ways of capturing images are being found and inventive camera concepts are being published almost monthly. For example, I am looking forward to see how the DXO One will improve the image quality for “pure” mobile shooters. Though you can argue how much “mobile” anything is. I never have been a purist and I have shot images with my Sony NEX 5N, transferred them via WiFi to my iPhone and processed them in mobile style. The DXO One is more of a phone enhancement in my opinion. Sony already has a similar approach with their “lens style cameras“. But also, the smart phones themselves are making progress: While my iPhone 6 Plus still “only” shoots 8 megapixel images, the optical stabilization certainly is making more images possible; the LG G3 I have used last year for a few months also was able to capture clean images in good light environments. I expect these to further improve year by year. There will always be reasons to choose a DSLR over a phone but in daily life the phone has already become a competitor to capture the moments and memories most of us want to keep. The lines are blurring more and more. And to me a photo is a photo, it can be good or bad, useful or crap; but it doesn’t really matter all that much how it was shot and processed as long as the final result is being paid for by someone because it serves their purpose.

The experiment: Treat them all seriously for at least a month or two

As I keep uploading images from my mobile devices anyways, I have decided it would be about time to give all of these platforms some more serious thoughts. So I started installing apps and registered with the platforms I have found so far. As it doesn’t make sense to just upload a photo every now and then, I decided to make an experiment to see which of the apps make it easy or hard to submit images; and hopefully I will also figure out which of them actually sell successfully. I don’t expect to make a living from the income generated through this sources, actually I do not even expect to make enough money to make it worth my time. But there is always the potential for long tail sales in stock photography, or I could remove my images when I don’t feel comfortable anymore and move them to reliable well known platforms.

I will use all means that I have to be successful on all of these platforms. I have never been a purist but prefer pragmatic solutions. While I use my phone on a daily basis, also to take pictures, I will use my Canon DSLR as well as my Sony mirrorless camera to get the images I see fit. People always argue what truly is mobile photography but I am mostly focused on getting good (not perfect) results efficiently and that can include all ways. I will also use my phone to process images using the typical mobile image apps like Snapseed, VSCO Cam or Photoshop Fix; but I might occasionally use Lightroom and Photoshop on my desktop to prepare an image before uploading it to the apps.

During the experiment I will not only upload images to their market places but take part in as many of the competitions, challenges, briefs as I see fit. Some apps require proving yourself as a photographer before you get access to all features, so this is what I am going to try as well. If nothing financially comes out of it, it will certainly help me understand customers and their needs better, won’t it? So all I have to lose is a few hours of time each week.

Interested in the progress I am making and the conclusions I am drawing? Want to know which apps are easy to use and which ones are actually making money? I’ll share all of that primarily through my new mailing list, both with regular updates on what I’ve been doing and a final complete report. At no cost to you, of course.

Just for those who landed on this blog for the first time: I am a stock photographer living and working in Berlin, Germany. I have been shooting images since 1999, sold my first license in 2001 and became serious about stock photography in 2007. With my partner, we are currently distributing more than 8,000 images through many different agencies and platforms, ranging from microstock to some exclusive premium collections.

I have been sharing my experiences in this blog for the last three years in more than 100 articles, so I hope you’ll join me on my next move ahead.