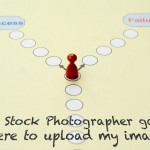 Easter means a four day weekend with no child care. Nice opportunity to spend quality time with your kid. But also a couple of days with limited opportunities to work. Unless you are a photographer, of course. Happy us, we can work anytime and anywhere if we do it right. 😉

I had planned two short shoots involving my son and his mother over the weekend. For one, I wanted to photograph my son when he was experiencing his first “real Easter” searching for eggs (or actually chocolate treats). The second was about our daily life: Riding a bike with our kid in the back seat. After getting the pictures I wanted, I had to ask myself where to put them up for licensing.

The question for stock photographers: Where do I make the most money from the images I shoot? 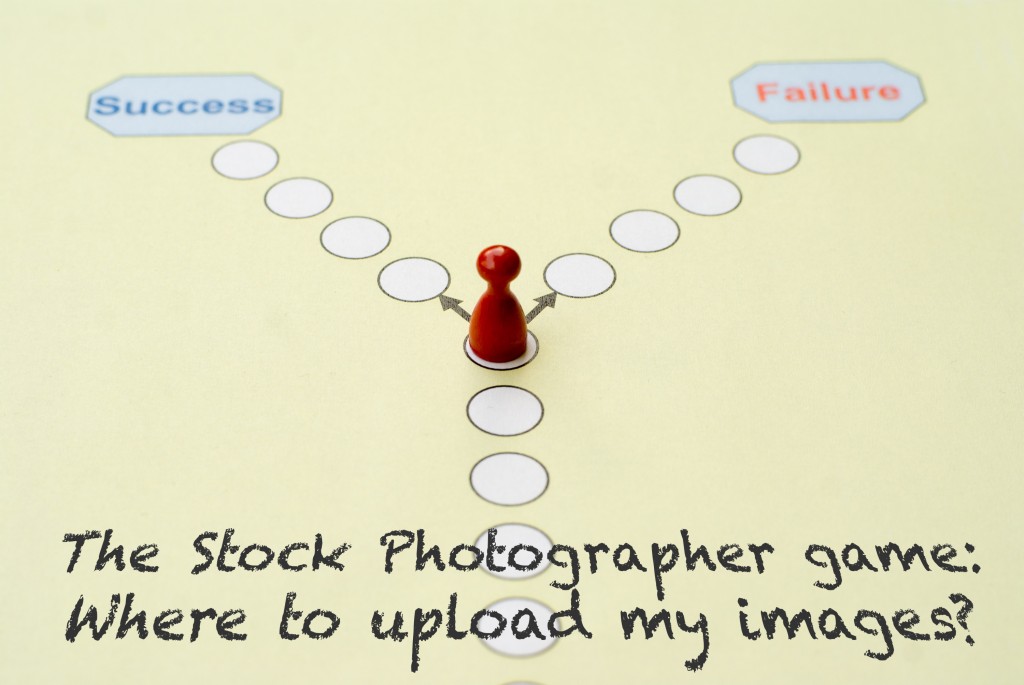 At the end of the day, stock photography is about making money. So I had to consider where these images are going to make the most money for me in the future.

“It is difficult to make predictions, especially about the future”

This quote is being attributed to so many different people: Yogi Berra, Albert Einstein or Mark Twain, to name a few. But besides being funny it is just a simple truth: As none of us can look into the future, the best we can do is to analyze the past and trends. As it is a repetitive task for a stock photographer, I thought it is worth my time to write down my thought process and how I came to my decision in this case.

Sales statistics and analytics: RPI, RPD, Sell Through Rates and how to interpret them?

There are a couple of “key performance indicators” (KPI) that stock photographers can use to judge the financial success of their images, their shoots, their agencies. Revenue (or royalties) per download, abbreviated to RPD is being calculated by dividing the royalties earned from an image by the number of sales. An image making $50 with 5 downloads has made an RPD of $10. For microstock, my RPD usually is in the range of $0.60 to $0.80. From mid and macro stock, you can expect higher royalties per sale: At Stocksy United, my average royalty is slightly more than $20 so far.

Then again, this does not say much about profitability: An agency selling 200 licenses per month at $0,50 each will make more overall revenue than an agency only selling three licenses per month for $5 each. So another key indicator is the “royalties per image” or RPI: Divide the income you are generating by the number of images you are offering for sale. Usually, this number is being broken down to a monthly average. Making $250 a month from a portfolio of 500 images means that my RPI per month is $0,50. By uploading 100 new images to the same agency I could expect to make an addition $50 per month. In theory, of course, putting aside other factors like seasonality and aging of images over time.

Finally the “Sell Through Rate” or STR allows us to figure out how many of the files we upload are getting at least one sale: If I upload 50 new images and over time 15 of them are being licensed by clients, my sell through rate would be 30% (15 divided by 50). Having Sell Through Rates of maybe 10 or 15% for a certain shoot usually means to me that the topic is either not very popular with clients or covered to well by other photographers. When a certain series reaches Sell Through Rates of 40% or sometimes even 50%, it looks like this might be worth investigating closer: It usually means that you have hit a topic that isn’t covered well and shooting and uploading new images with the same topic might generate additional revenue in the future.

As you all might know, I am using StockPerformer to analyze my stock photo earnings. It provides me with a lot of numbers that I can sort or analyze. Putting images into collections helps to find successes and failures and build experience based on numbers rather than feelings.

Cost, Time, Effort and Output need to be considered as well

Mother and son riding on a bike (© Stocksy/MichaelJay)

All of this being said: None of these usual key indicators is the final answer to success. We also have to consider the effort put in to each image or a shoot, the number of images we are able to get out of a certain shoot, the money we used for styling, make up, models and props. Having a shoot with high Sell Through Rates, good download numbers and high RPD still might not be profitable if you had to invest thousands of dollars to get it all right.

In the context of my Easter shoot, there was not that much of money involved: The “model” was being paid with food and sweets, the “styling” was limited to the clothes we already pick with potential stock images in mind. I’m not saying it wasn’t work: It took a bit of thinking ahead the days before how and where to shoot. Then I had to go out a bit before the actual shoot and find good places to hide the sweets – not just where my son would find them easily but also where the light and background might work best. The styling (by his mom) is not as easy as we had to convince him to wear jeans and not just more comfortable pants that day. And getting his hair in order is not just something he loves to have done. And then obviously it takes two people, one directing him and one shooting. Finally selecting and processing the images is quite some work.

The “family biking” topic again was not much effort to set up: All people and props were easily available, the location chosen was close by. So it was a bit of fun and fresh air, combined with taking images. Again, though, it was quite some work: It took about 190 photos to finally get a selection of eight or ten that were actually usable due to the panning technique used – most images were blurred or out of focus. Also the topic was limited, so the final choice was for three images that had to be processed. The most challenging part was that apparently each part used to build a bike has a manufacturer logo on it these days. 😉

All of this for a two very limited topics that would not allow for dozens of variations to be shot. My expectation was to shoot at least three images from each of the two topics, my highest hopes were maybe a dozen shots different enough to make them worth my time. To me, this kind of shoot calls for something more than microstock: For microstock, I need to work very efficient, get dozens of images shot, and the processing needs to be streamlined. I think I figured out how to achieve that but it does not work for each shoot.

So my conclusion was that the few images I would get out of this event needed to be priced higher as each of the images would be more or less unique (or at least only one of two or three variations). If a buyer wanted that image specifically, he would probably also be willing to pay a higher price because he just fell in love with the specific look of my son, the way of his actions depicted and/or the processing of the images. For me it meant, those images would go to either Stocksy or Westend61.

For real estate business, they say to have three rules to success: Location, location, location. I am not sure about this but I think for stock photography those rules might translate to: Timing, timing, timing. No, not really. There are many other factors going into the answer which images are selling well and which don’t. But timing certainly is a consideration.

When shooting events “naturally” – in this case the Easter egg search on Easter weekend – you have just missed the most usages: Advertisers as well as magazines are using the holidays to sell more products and papers in the weeks before the holiday. Some of them start planning their campaigns and articles a few months ahead, some work on short notice. But very few would put up an article on Easter in their May issues.

So when I considered to put the images up at Stocksy, I decided that it might be best to wait at least until fall or even after Christmas to upload them. I would have to invent a way to not forget those images, though. It sounded complicated. There is still a good chance that images are not “lost” in the search when you upload to an agency with 100,000 images in their library next year, so at Stocksy it might still have worked if I uploaded them now. At microstock agencies, uploading images right now sounds like killing the images: Before they get a chance to be seen by buyers, thousands of new images will be uploaded, so my images would have been lost.

However, I finally have decided to upload these images to Westend61, my macrostock distribution agency. While direct selling agencies like Getty Images put up new files quickly as well, with places like Westend61 there is some additional consideration: The review is quick, the images go online within a few days. However, keywording takes them a couple of weeks. And once keyworded, the images are being exported and sent to partner agencies. This usually happens once a month, though not all partners are going through each new batch immediately. So I had to wait about three months to see my first images go live last year, and it took almost six months to see them on a big site like Corbis.

So, with Westend61 the timing issue seems to be playing in my favor: Submitting images now means they will go online at most partner sites in summer or fall only. There is a better chance for those images to be found than on sites putting them up right now. Also, the lower number of “competing” images and the lack of “short term uploads” like they are usual in microstock, increases the odds that my images will get seen by the buyers looking for Easter images for 2015. At least that is what I believe. Unfortunately I will have to wait a year now to see if those images are going to sell. 🙂

With the biking images, I went for Stocksy. For one, to balance my uploads between agencies as an effort to mitigate my risks. But mainly because Stocksy remains to be my first choice for more advanced images whenever possible. It is just hard not to consider an agency that pays one of the highest royalty percentages in the market and where you have an actual share in the success of the company beyond the immediate payment. And it is not longer a “gamble” on the future success in my opinion: For the last nine months, Stocksy has always sold something for me. And the overall growth is impressing. While it’s still in a start up phase just a year after going live, the numbers being seen month after month are just impressive. So it not only deserves my support but I get a lot in return for my efforts.