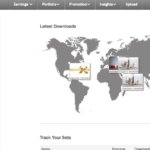 In a few groups I saw people posting screen shots of their latest sales at Shutterstock, listing them with locations. As this looked cool, I looked for how to do that. Two contributors have taken the effort to write Greasemonkey scripts which read out the world map data Shutterstock provides. 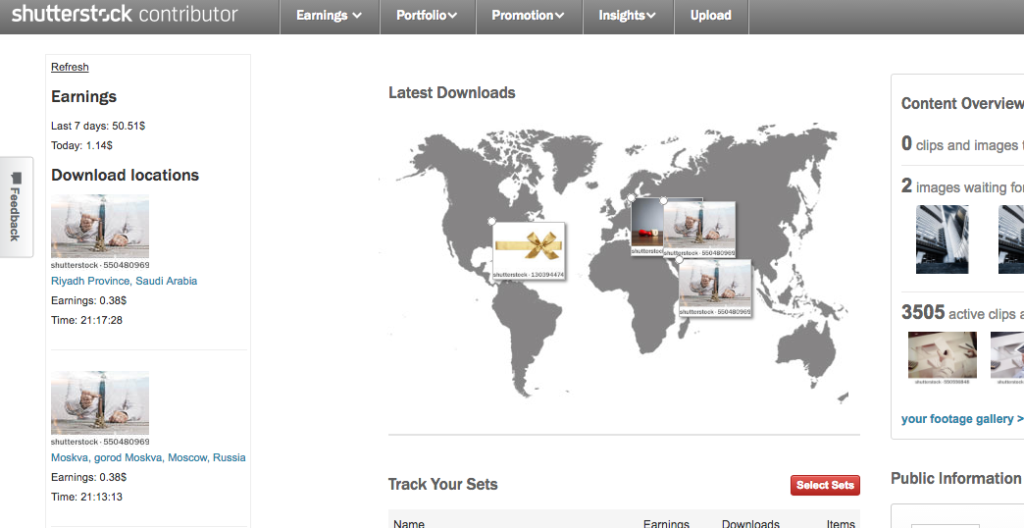 Sales as list with regions thanks to Greasemonkey scripts

So let’s have a closer look at how this works.

Thanks to Shutterstock contributors Satinka and DeymosHR, we can now see locations of the buyers of our images on a city/region level. One of the scripts adds the location to the world map that Shutterstock provides, the second scripts lists them on the left side where enough empty space is provided on the Contributor Portal.

What is a Greasemonkey Script?

Greasemonkey is an Add-On to the Firefox browser, you can install it from the Add-Ons page within Firefox or on this page: https://addons.mozilla.org/de/firefox/addon/greasemonkey/

If you are using Chrome as your main browser, you can run the same scripts through a similar Add-On called Tampermonkey:
https://chrome.google.com/webstore/detail/tampermonkey/dhdgffkkebhmkfjojejmpbldmpobfkfo?hl=en 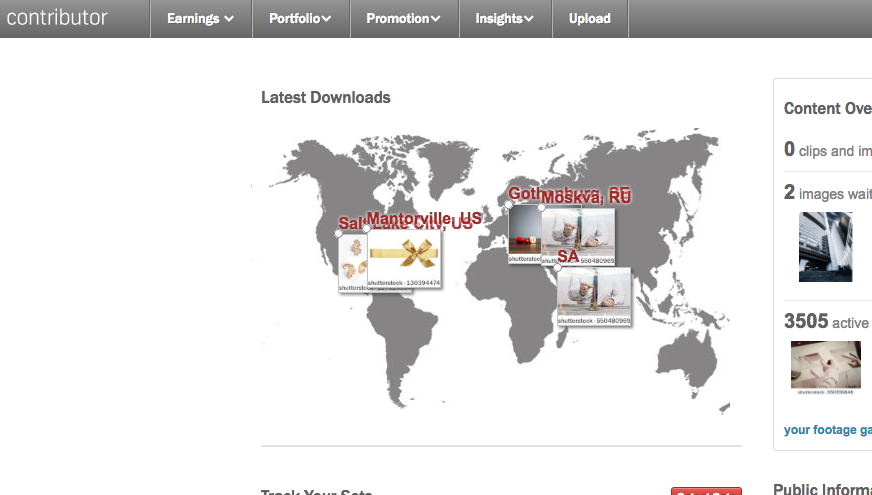 Both Add-Ons allow you to install additional small scripts written in JavaScript, a language integrated in every browser which allows programmers to add interaction elements to sites. With Greasemonkey/Tampermonkey, you are basically adding scripts to the sites beyond what the site programmers had imagined.

Those scripts don’t do any magic, they can only use the data as it is provided by the site. So the locations are already hidden in Shutterstock’s page, they are just using the geo locations of image sales to show those on their world map – the scripts read out the same locations and translate them into cities with a look up on public data on the internet. So they are not doing anything illegal or weird, just displaying existing features in a different way.

Also, the scripts are open, anyone with JavaScript knowledge can read them. So there is a certain safety net as someone sneaking in dangerous code would probably be noticed quickly by others. But as usual, anything you do is at your own risk.

Where can I find these Greasemonkey Scripts?

How to install Greasemonkey Scripts?

First of all, install the Add-On to your browser through the links I posted above or through your browser’s Add-On section. Then open the script page on Github to see the script. When you click on the “RAW” button on top right of the script, it will open in it’s own window without the Github frame around it. 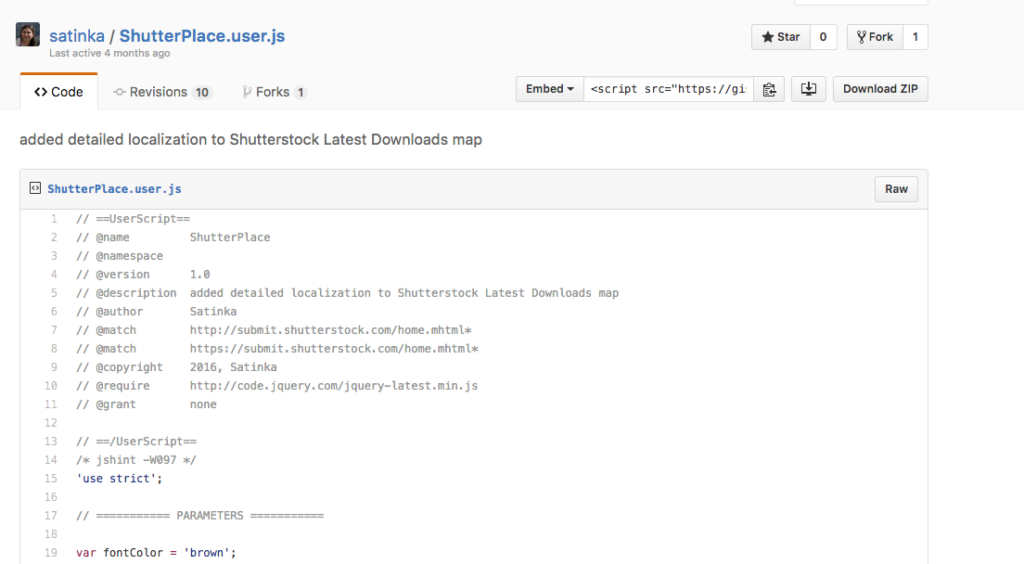 If you have installed Tampermonkey in your Chrome browser, it will now automatically notice that a script is being called up and asks to install the script. Once installed it should be automatically enabled. You can always enable or disable scripts through Tampermonkey’s dashboard by clicking on the little icon on top right of your browser window.

Greasemonkey works almost the same and recognizes the script you have opened. You can then have it enabled & installed to keep it stored in your browser. The add-on dashboard can also be called up by clicking the little monkey icon in Firefox’s top right.

I hope everything works fine. In case you have questions or need support for the scripts, you might find this thread in the Shutterstock Forum valuable where Deymos.HR has presented the script to other contributors.