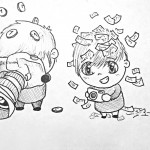 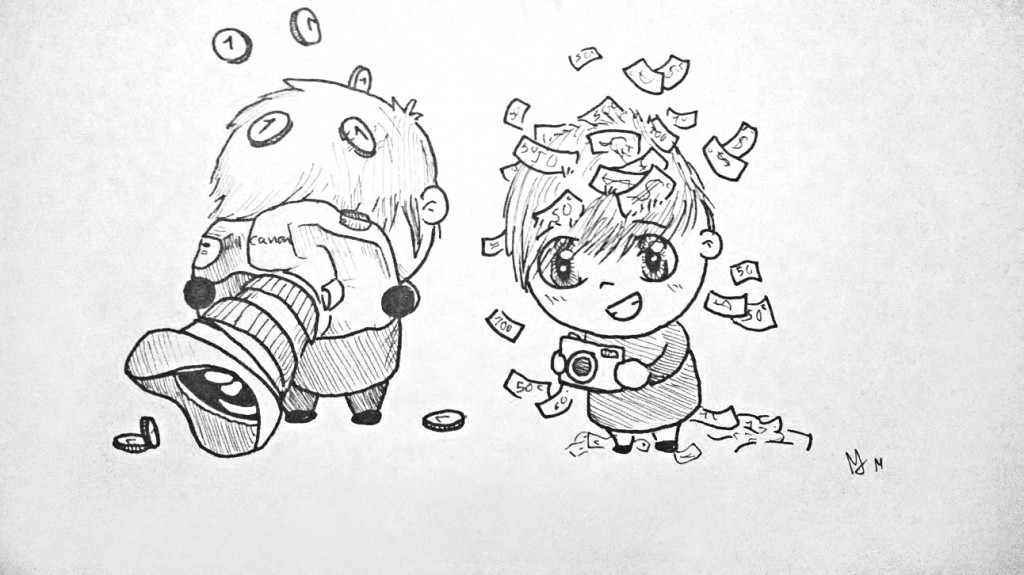 Wow, that was a month of big news at iStockphoto. We are watching Yuri Arcurs to move his whole library of images to iStockphoto along with a new combined portfolio of Danish contributors. We have seen a change in their collection system with a reduction from seven to four price levels – including most contributors seeing a large part of their images being reduced in prices, either through the merging of Vetta and TAC or through the new Main collection. These affect both, exclusive and non-exclusive contributors.

Let me just start by saying: This is not about good vs. evil, smart vs. stupid nor anything about the end of the world as we know it. I believe that there are some people behind these changes who really know what they are doing, and within a certain field of expertise they have a good track record. It’s just a shift in targets, goals, rules that will affect many of us. You can’t expect anyone to look after your business, they are making their decisions to improve their own, and you have to make your decisions to improve yours. My goal of this article is to put things into a context, and I am using my experiences, imagination and the publicly known facts to draw conclusions. Though, at some points speculation and/or personal opinions are part of writing articles like these. Don’t take anything in here as granted, I might be wrong in some or all of my assumptions as well as in any of the conclusions and predictions.

New acceptance policies: All and every image is acceptable now 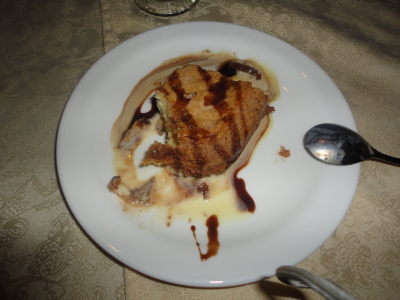 I had already mentioned some changes in the acceptance policies at iStockphoto. But there has been other aspects of the new policies not clearly visible yet. One of them was pointed out to me recently, a very new portfolio showing 800 images right now. The contributor has more than 7,000 files (photos and videos) online on 123RF, so there is more to come. The combination of the new upload limits (999 files/week) and the “lowered” (actually non existent might a better wording) technical requirements made it possible to upload 800 files within the last four weeks. The account is already three years old but judging from his images it is easy to speculate that he might have failed the acceptance test as photographer in the past.

Let me be clear: This is not about bashing a single photographer. And if it wasn’t a license requirement, I would not even have mentioned the name at all. No one should blame him for trying to make a quick buck from his images, and as a matter of fact there are other agencies having accepted those images already in the past, so neither him nor iStock can be blamed in my opinion.

Actually, many of his images look like what I was shooting in 2007 when I had just started submitting to iStockphoto, so I am in no way a better photographer or artist per se. The differences are: When I started, I was allowed to upload 15 images per week, and I had about 70-75% of my images rejected. There was no point for me to continue uploading this stuff, so I had to improve if I wanted iStockphoto to work for me.

Nowadays, this seems no longer the case. It is perfectly fine and acceptable for an agency to set their technical standards as high or low as they want to. In the end, the customer will decide which images are working for them or not. I was never a big fan of the “artistic value” being put in front of business considerations, actually I did have a few disagreements in the past when I had technically imperfect images rejected though I believe they held some business value. Coming from a technology background I consider it more important that a smart “search engine” should decide which images are being shown to how many customers, and with millions of brillant images I am quite convinced that 99% of customer searches will only return the best iStock has to offer.

At the high end: Images from OJO

At the other end of the food chain we are watching the new, better, high quality collection of images called Vetta grow with tens of thousands of images sourced from the highly respected OJO collection. What is being sold here as the premium content consists in some cases of images that were shot a decade ago, sometimes back in the times of transparencies and scanned as you can easily see by the scanning errors. 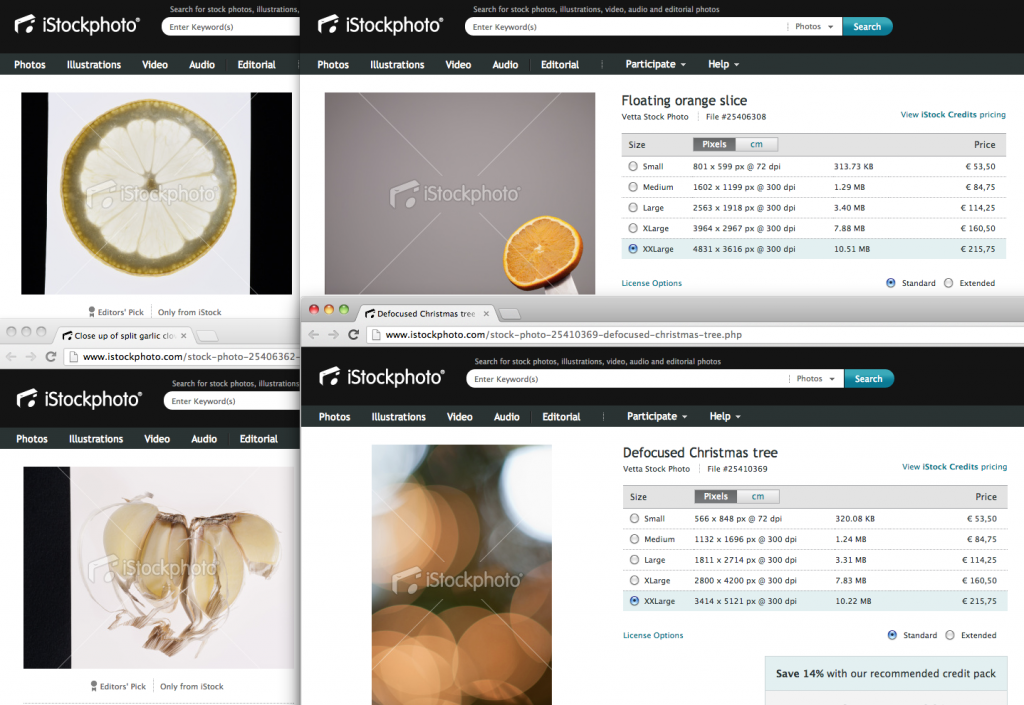 Samples of images from the new, extended Vetta collection

As a side note: The photographers at OJO loved the idea of working for Getty in the future – and having their images sold through all channels including microstock and subscriptions – so much that they started the new agency Caia Images. Well, probably that’s the perfect way: Build a library of images, sell the library and start something new again. Okay, this has been cynical and is a bit off topic, so let’s get back on track here.

As microstock contributors don’t like the idea of getting wholly owned content pushed in front of their own, those images are disguised under a portfolio named Clerkenwell Images – the OJO headquarters were located in the Clerkenwell area in London, England. Just to be clear: None of this is actual “knowledge” but the result of some internet searches of the backgrounds. I am not even sure this is “wholly owned” by Getty these days but at least it appears to me.

Well, okay. Any portfolio you go through will have some really bad images in there, you don’t have to spend hours to find bad images in mine. And again, this whole article is not about bashing single portfolios or images, we all do mistakes at time. Also, I have high respect for most images in the OJO collection as the average quality is pretty, and only showing a selection of the few bad shots mixed in is certainly not a fair representation.

But this is being marketed as the premium content at iStockphoto and marked as “Editor’s pick” (obviously not true unless iStock started hiring blind editors recently) and claimed as “only from iStock” (not true either as the content origins from OJO, came to Getty and then to iStock and still is being sold at dozens of other places). Customers might at some point start questioning if they could find a cheaper and better solution for their image needs when they go to iStock.

Again, in the end it is the customer who decides which images are getting licensed or not. So leaving this to the market is a valid choice for a company.

What do all those changes mean?

There are too many things happening in a short time frame to assume this is just random. Would you have placed a bet that Yuri Arcurs would become an exclusive contributor? Did you (like me) believe the only way for image prices at iStockphoto was up? Who would have thought that iStock would open its strict acceptance policies by an inch, not even talk about a mile as it happened now?

So I spent some time thinking how to put it all in context. In my mind the conclusion is pretty clear: This is a massive change in the overall strategy for iStockphoto. And it has massive consequences for all of us. If you believe that iStockphoto (or microstock) is a vital place that will provide you with a long term option to make easy money, you should have a look at my thoughts. I can’t claim that I am right as all of this is only a matter of opinion, so you need to use your own brain to come up with your own conclusions. But I did study business administration, I have been actively involved in this market for six years and I have always been known to ridicule any kind of paranoid theories or doomsday prophecies, so maybe some of these thoughts are not too far from the truth.