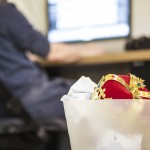 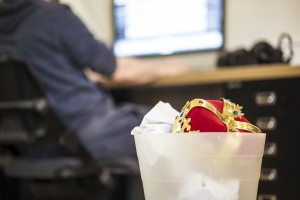 After six years as an exclusive photographer at iStockphoto, I have decided to drop the contract limiting me to selling my content through iStock and its parent company Getty Images. My images will be on sale across different agencies in the future, both in the “microstock” and “macrostock” worlds and anywhere in between.

I have no regrets for the last six years. After having had a few images online on a midstock agency for five years with limited success, iStockphoto has made me learn how to take better pictures, how to process them without losing on quality, how make money from my images. That aside, I have met hundreds of fellow photographers, lots of them turned into friends around the globe.

My decision to go independent was purely based on the sales trends I have seen over the last 18 months. I had a more or less constant stream of royalties coming in for about three years after an intense learning curve at the start. This stream continued to drop dramatically to less than half what I was used to, despite having grown my portfolio by more than 50% over the same period.

I can’t attribute the loss in royalties on a single factor. The amount of wonderful and often technically better images in microstock has grown dramatically over the years, though not at the same speed as my sales declined. The prices were lifted more than once which probably hurt my portfolio as I focused on what probably is more popular in the cheaper markets. My images never made it into the top tier collections on iStock, didn’t move to Getty Images, never turned into one of the big money makers.

Well, all in all I have to admit that I see my images more on the cheaper side. There have been a few exceptions and especially recently I felt I am shooting images that deserve a higher price. But there is tough competition out there, so keeping all of those images at one place was no longer a smart decision.

As I know, many of my fellow photographers are feeling similar and will be interested to get an idea how things work out for me to make their own decisions, I will report on a more or less regular basis about my experiences. Don’t hesitate to ask if you have any questions along the way. 🙂