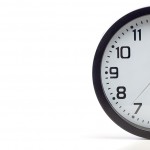 One year ago, I have waited for my exclusivity at iStockphoto to run out. I was in the process of preparing my existing images for uploading to many microstock agencies, adding keywords and descriptions to all those legacy files. At the same time, I already had an invitation to join Stocksy United as a founding photographer which everyone involved was pretty excited about. And a few weeks later I was invited to have Westend61 represent some of my images, a macro agency focusing on the German market but represented across the globe through partner agencies.

It was a stage of anxiety mixed in with excitement for me. I wasn’t quite sure what to expect and if things were to work out for me. To a certain degree, I still don’t know that until now. And it turned out to be a year of changes, the industry has seen a number of surprises and news coming out. Stocksy being one of them, the many changes at iStockphoto including Yuri Arcurs going exclusive were others.

However, I am not as much interested in what happened last year, now is the same to look forward and take another step down the road I have chosen.

The second year is coming quickly, and I look forward to it

As a photographer, I need to focus on what I can influence directly: The pictures I take. I can not take responsibility which of them are going to sell how often. Obviously I have to make a living somehow but to keep the focus on the money is not going to help me because after I pressed the upload button, the results are basically out of my hands.

Certainly, we have come a long way since this quote, technology allows us to shoot and share more and quicker than ever. And as stock photographers, volume is an important measurement. For many among the industry, about 2,000 new images each year seems to be a goal. And while I have hard times believing I can achieve that (as I am not able to commit a full time equivalent to my work), I will strive for more volume as well this year. I have already been more consistent in the second half of 2013 and I will build on that.

But I have decided not to make a specific number of uploads one of my goals. It should somehow happen on the way and I try not to be happy or unhappy when measuring myself on a number. And back to the Ansel Adams quote: The word “significant” in that statement seems important to me. I don’t believe I could come up with 12 significant images I have taken in 2013.

“Nothing happens when you sit at home. I always make it a point to carry a camera with me at all times” (Elliott Erwitt)

I have found myself getting around without a camera too often in my daily life. This is pretty normal if you have an office job and photography is just a hobby. But I have made the decision to make photography my profession, and taking pictures is the essential part of it. How could I take pictures without a camera? Well, and even if I carried around my camera, more often I decided not to use. Things were looking too boring, not clean enough, not usable for stock anyways. Well, this might still be true but it should not keep me any longer from at least trying to make the best out of it. It is better to take an ugly picture than doing nothing, isn’t it? And maybe I’ll find something when looking through a view finder that stays hidden while walking around without thinking about finding that picture.

So, I have come up with three main goals for my second year:

I figured it is by far easier for microstock to make big sessions, setting up stuff and light once and go shoot quickly. Well, this remains true for microstock. But while I will still submit a huge part of my images to microstock, I appreciate it much more to see my personal progress. And that can not be achieved by shooting the same, easy stuff over and over again.

And it should help me find those 12 images that stand out from the rest. It is much easier to appreciate the one good picture you took at a given day rather than finding one special images in a set of 500 you took in a long shoot.

Travel: Better short and cheap than not at all

I love to travel, I always did. Unfortunately life is getting into the way too often. This was true when I had a regular business life, spending most parts of the year in the office. And it was even more true when I had a family to consider. But I have found that traveling is not only fun but it is also a good way for me to get more creative. It is easier to discover new things in a different environment, and even when the trip itself did not return any good pictures, it helps me to see my everyday environment in a different light later.

Also, I figured that it doesn’t have to be long or far away to make me happy. A day trip here or a weekend there will satisfy my curiosity. And I believe I have the means to make travels pay for themselves these days. Budget however will be an issue as I don’t have the time to wait two years to get some returns from taking pictures on the road. So I will have to find ways to travel cheap. And I will.

I have made a short list of four places to visit which I can reach at low cost. I want to make at least two of them this year, maybe I can manage even more. And if it works out, budget for future travels should be easier to find.

One of the struggles I had is allocating time to certain tasks. I think I need to improve my time management. I can be very productive at days but far too often I spend too much time on less important things. And obviously there have been frustrations with tasks I don’t like to do (I think everyone knows that).

I will try to come up with some kind of schedule, maybe a weekly plan or a monthly to plan to set specific days and dates for tasks and duties as well as some flexible days. This should satisfy all my needs and help me get organized better this year.

How this is going to work for me, I do not know

One thing I have learned: Life can not be planned. At least my life. There has always been something that made significant changes to my life, almost every year in the past decade. Well, at least it was not boring (though I wish for some more boredom at times).

So planning ahead too specifically is likely to fail. There will be set backs, unpredicted events and changes coming this year. Setting my goals the way I did, I believe those changes won’t matter. Whatever is going to happen, those goals I can control myself without outside influences and achieve them myself. All the rest I have to trust will work out. Somehow.

All the best to you for the year 2014, and I hope you can make your own goals come true as well.