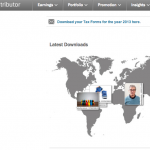 I keep hearing a lot of things being said about Shutterstock of which some certainly are true, some might be true (at least partly) but some are definitely wrong… Here is my take on six statements I get to read regularly:

1. Shutterstock is selling my images at $0.33 each

Partly true. The earnings from subscription sales (the masses of the downloads) are ranging from 25 to 38 cents each, depending on your overall earnings in the past.

However, there are also a lot of higher priced sales. Starting with the On Demand Downloads – these are image packs where the clients picks a number of images he wants to license and pays a fee depending on the size of the package. Those ODD sales are returning about $1 or $2.50 depending on the package size. They are coming in quite regular.

There are Enhanced Downloads, offering the client additional rights beyond the standard license. Those EDs are returning $28 each and they come in once or several times per month for me.

And then there are Single and Other Downloads (SODs). These are special agreements Shutterstock makes with clients. One of them is the Facebook deal where FB advertising clients get to select images for their campaign for free and FB is paying them as a subscription download. Most of them are bigger, ranging anywhere from $5 to $35 or even $80 per licensed image. The large ones are rare but I get to see quite a few of the mid sized license fees each month in my account.

There are days when I have 25 downloads on Shutterstock and all of them are subscription sales. Those days are frustrating. But they are rather rare. Overall, while the majority of downloads are from subscriptions, they are making far less than half of my total royalties earned at Shutterstock.

2. Shutterstock holds so many images, they must accept everything

Definitely not true. They seem to have no policy prohibiting large series of images, especially if they – while being similar – might fill different clients’ needs. They also have quite some trust in their search engine to come up with the right images, no matter how many there are in their library.

However, they are pretty strict (in some cases some people even call it “irrational”) when it comes to some technical aspects. I had struggles getting my outdoor images approved unless they were taken in perfect blue sky microstocky stock looking weather. I also had quite a few images rejected for focus issues when I had a selective shallow depth of field, although – in my opinion – the main object was in focus.

Having experience with one set of inspection criteria does not necessarily translate to good experiences with other criteria of a different agency.

3. Shutterstock is the top earner on MSG, so it must be easy to make money over there

Not true. While the independents reporting their income monthly on MicroStockGroup are listing Shutterstock as their top earner, it doesn’t mean the income is huge. It just says it is more than you earn from other sites being a non-exclusive contributor.

Especially joining today, you will struggle quite a bit establishing your images among a library holding more than 30 million files competing with yours. It might be that long-time contributors have some of their files established at the top of popular searches and still receive a lot from the downloads of those images. If you start submitting to Shutterstock now, you will start from scratch, so you have to work your way up. 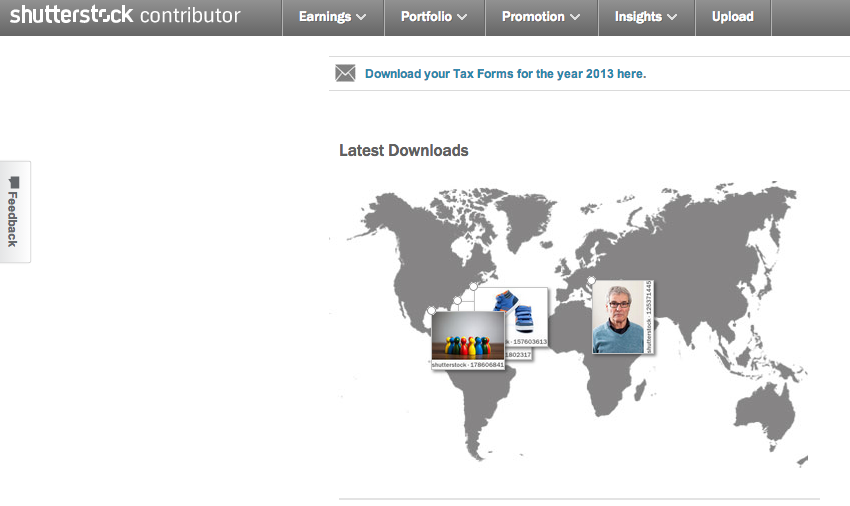 4. My bestseller has sold thousands of times, it will also sell on Shutterstock

Not true. Creating a series of best selling images must be a rare, wicked, creative talent. Creating one best selling image (or two or three) might have involved quite some luck. It doesn’t say much about the quality, creativity and uniqueness of that particular image.

If it is highly creative and unique and in a popular topic, it might sell well on Shutterstock. If you just got lucky enough that your image was shown on top of the search and accumulated downloads to stay on top even longer, well… that image might be just a regular image in your portfolio.

The good news is: My own best selling iStock images are not selling well on Shutterstock. But others that don’t sell well on iStock, do sell great on Shutterstock. Creating new images, this at least gives multiple chances of that particular image becoming popular at one site at least.

5. Unlike iStock, Shutterstock is not going to provide a full time income

Maybe true, maybe not. Given my personal experiences, I see a good chance that Shutterstock indeed does provide a full time income to some contributors. Probably not as many as iStock did in the past. And it takes far more images than it took on iStock.

Be it this or that way, Shutterstock does not position itself to be “the one place to be”. It doesn’t even offer any exclusivity program. For one, they trust their search engine to deliver better results than the competition, so they are not afraid to compete. So they pretty much tell contributors: Go ahead, offer your image everywhere.

So being on Shutterstock only would be limiting yourself voluntarily, and who would want to do that?

This question is still open: Truth is that iStock has taken quite a few decisions in recent years that are clearly against the contributors’ interest. While struggling to keep their market share, they have decided to shift at least parts of the revenues they were making from photographers’ to their own pockets.

Shutterstock so far has mostly stayed out of trouble in that aspect. They have made a change to the referral program last year, limiting the time you receive a share in revenues for other contributors referred. But besides that they seem to have made most decisions without affecting contributors negatively. They keep introducing a lot of new features and offers each year but not burden some cost on the contributors.

Well, that is good but not quite reliable information forever: First of all, they were coming from a much lower price point (subscription royalties) and extended their offer slowly to more higher prices and royalties paid. And secondly, they are still growing, actually growing about the same speed in revenue as in the number of images offered. So there has not been some real pressure to do drastic changes yet, as it is quite easy to share growth.

It would (or will) become more difficult if (or when) that growth does not continue or slows down. At that point there will be less money to be distributed between company and suppliers or at least among the suppliers. It will only then we can find out if Shutterstock is a true representative of their contributors as being a vital part of their company or if they will also favour their owners over their suppliers if need be.