Let me tell you what I use to shoot images. But if you are really interested in the answer to your question, make sure you’ll read this post until the very end.

Be reminded that I am mainly a stock photographer with a focus on concept, city, architecture and the occasional people images, for someone focusing on beauty portraits or producing gallery prints the results might look different. 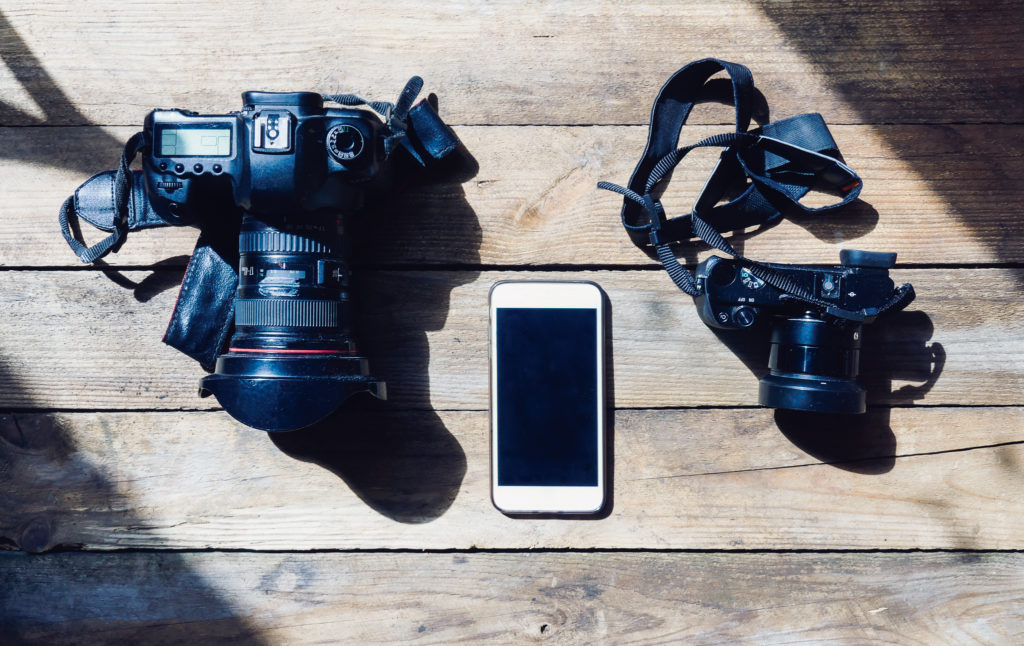 There seems to be an understanding that full frame DSLR‘s offer you some advantages when it comes to image quality. In some cases I’d say this is true – and that’s why I’m all set to replace my eight year old Canon 5D Mark II with a Mark IV of the same model later this year or maybe next year. I still use my DSLR whenever I have a fully planned shoot in studio or people shoots outdoors. Maybe it’s just because I am so used to it but it feels I am getting to the results I want much quicker by changing a few settings here and there with the DSLR than with the mirrorless camera.

But I’ve also been shooting a Sony a6000 (APS-C sized sensor in a mirrorless camera) for more than a year now and when it comes to walking around in a city and shooting for stock, this €500 camera is just as usable as the €3,000 Canon 5D. Eventually I’ll invest in a more versatile quality lens for it – right now I’m using 19mm, 30mm and 60mm Sigma prime lenses for it which are “fine” but not “excellent” and a Samyang 85mm prima which is “excellent” in quality but manual and very limited use with the rather long length.

I am also constantly looking into other solutions like the cameras offered by Olympus which apparently come with awesome images stabilization technology. This would make shooting in the city even more worry-less since I could save myself from carrying a tripod on many occasions. From the look and feel, I also love the Fuji cameras. Sony is definitely the most innovative manufacturer in the market but they are too technical in some aspects. Having wheels to change settings feels so much more natural and easy than going through menus all the time to change ISO or aperture values.

Finally, my iPhone has been my secondary camera for me for about two years. Before the a6000 I also owned a Sony NEX-5N but I never could get used to working with its back screen only. So I ended up not carrying it around as often as I initially thought I would. At the same time I figured out that the iPhone (the 4S model back then) is pretty much okay to shoot with when the light isn’t all too bad and when the technical requirements aren’t the highest. This might not work out for the microstock agencies like Shutterstock which often require technical perfection (they will accept mostly any image as long as it meets their technical and legal requirements) but those agencies with a focus on content quality are far less strict when it comes to technical deficiencies.

I have sold licenses for images shot with my iPhone through Westend61 (including a book cover), Stocksy United and EyeEm where my best seller is a one megapixel shot taken with the front camera of the iPhone 4S.

The new portrait feature and the option to switch between wide angle and a slightly longer lens in the iPhone 7 Plus with its dual camera system adds new options to shooting with the smart phone. Shooting in RAW and the easiness of processing images with apps like VSCO Cam (download in Google Playstore or iTunes AppStore), Snapseed (iTunes / Google) or Lightroom Mobile (Google / iTunes) adds to the comfort and speed of getting images done. So the phone is a viable option to shoot for stock these days, you just might not be able to get the images accepted at all agencies.

My personal conclusion: Don’t worry too much about the camera. Learn to use the one you have properly and get to know its strengths and weaknesses. In most cases “I need a new camera to get better” is just a bad assessment. Frankly, most images I see being uploaded these days are just what my images looked like ten years ago – mediocre image of boring subjects. And as I shot them with a DSLR back then, I can tell you that the first thing you need to focus on is to use the light, frame your subjects and find out what type of content is interesting before a new camera will help you produce better results.

So what do you actually need to shoot better images? 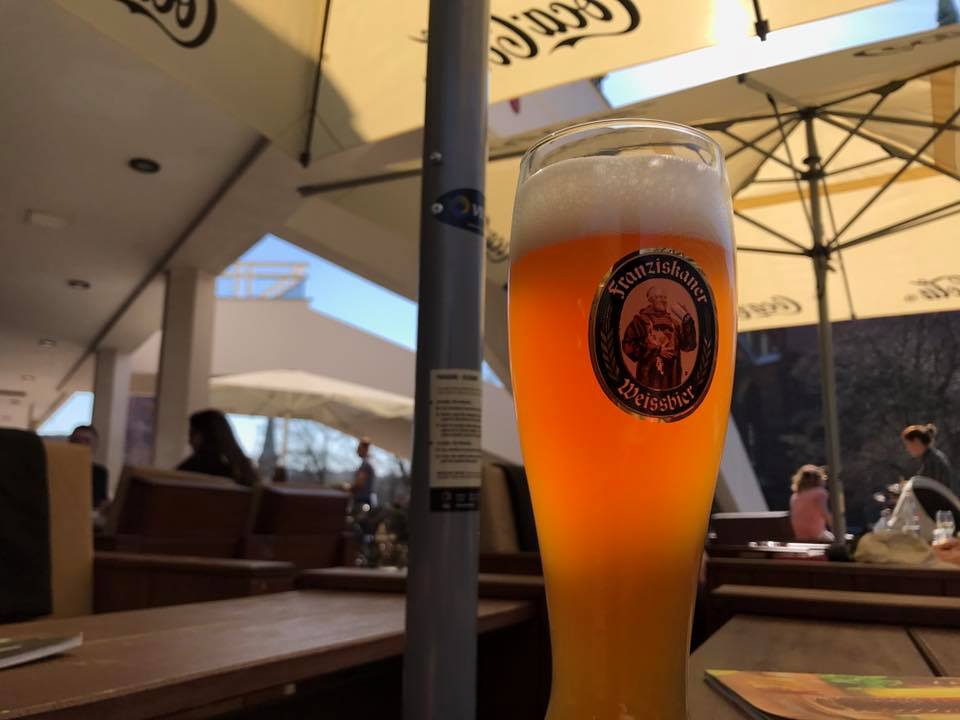 You might think I’m screwing with you. But this really is my opinion. What you most often need to get better images is… no, not a glass of beer. But time. And patience. I have taken that picture when I was out shooting in the city at the first beautiful spring day. I walked around for an hour of two but then decided to sit down and enjoy the spring sun and warmth. Because I was pretty sure, whatever I was about to shoot for the next hour or two would just be random snap shots and might fill up my portfolio.

But the actual money shot would come later, shortly before sunset:

Now this image is too new to tell if it really is going to sell. And it’s always hard to predict the future financial success of a single image. But I am rather sure if I was about to shoot a hundred images like this, they would most definitely outsell a thousand images shot at broad day light of random subjects.

So how about this: Every time you want to ask someone a question about how they created an image, replace your questions of “which camera did you use?” or “what were your settings” with “what time of day did you shoot this?” or “is this natural light or did you use a flash or reflector?” Because the answers to those questions will help you much more improving your own images than any answer about camera models or settings ever will.