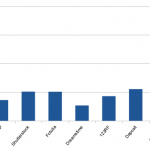 Now I have been agency independent for about six weeks. While I have made some quick progress, I am still far from where I want to be. Both in uploads and in earnings. But let me start with a single event that changed my overall stats.

Until February 25 I was a bit disappointed with the flow of downloads and earnings. Though they had improved quite a bit over the second half of January, they were still well below what I thought they should be with the amount of images.

However, on February 26 the unexpected happened: A single big sale at Shutterstock, worth $80 for me. Considering the rest of the month had made me about $200, this obviously had a significant impact. It changed February from being far down from January to a growth. Obviously, this can not be trusted in the long term. So far I have no idea how often these kinds of licenses are going to show up. 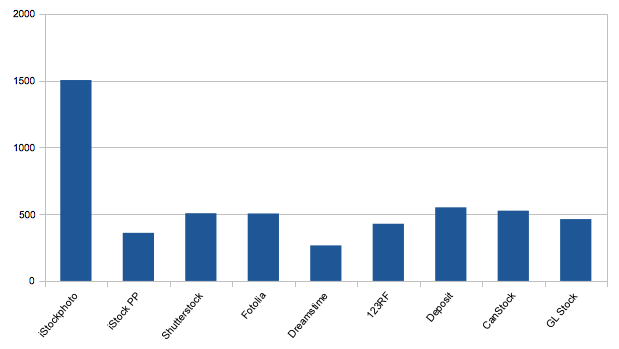 I was quite busy with other projects (I will talk about later in this article) in February, so I kept the uploading to a minimum. At Shutterstock, I had received a few rejections in January, due to German model releases and an IP consideration. I was allowed to upload both sets of images after discussing it with their Content team and they got accepted.

I also submitted images to 123RF for the first time in February. They are among the higher earners according to MicroStockGroup, so I felt they belong to my list. I also opened an account with Pond5 but didn’t find the time to submit any images.

As said above, the Shutterstock earnings have made a significant jump due to a single license on Feb 26. This single download provided for about half of my earnings at Shutterstock alone. Though, image packs also contributed significantly, they are about at par with subscription earnings.

Thanks to all of this, Shutterstock has provided the highest amount of royalties with about $150 in February. iStock is my number 2 site with $120 but there is still the PP earnings to be added. This makes it hard to report total monthly royalties, of course. I estimate that my PP earnings will be more than the $30 missing to make IS the number 1 site again. Then again, only 360 of my 1,500 images made it over to Thinkstock, so I can’t really say yet.

Behind those two, there is a huge gap: Fotolia sold 24 licenses for me for a total of $18.40, Dreamstime just added $3.69 with 7 downloads, 123RF was very slow in publishing my images and almost all of their sales are tiny, so they totalled $3.38 with 9 downloads.

Depositphotos compared well to the smaller agencies with 7 downloads for $3.17, CanStockPhoto sold 4 images for $3.60 and one more sale happened at GL Stock (graphicleftovers.com) for $1.04.

So besides my big three (SS, IS, FT) I made an additional $15 on five agencies, each of them having about 500 images . I will follow up with all of them but so far it doesn’t look like I will invest more time than the minimum on these sites.

The total amounts to slightly more than $308, up from the $270 I had made in January, down from $372 I made in February 2012 as an iStock exclusive – and as said, the iStock PP sales are still missing.

Also: Even now most of my Vetta and E+ images are available on Getty Images, so there is (little) hope a single sale from there could bring in some more money next month. Though I wasn’t lucky to have any sales in the months before. But I had two sales for $110 in December on my 17 images in the Getty-Flickr program. So you never know.

Originally, I had planned to submit some images to ImagePoint, a Swiss based agencies where I had my very first stock images back in 2002. Unfortunately, I probably submitted the wrong images in my application, so I was rejected.

Then again, I had an online kind-of-controversary with the owner of westend61, a German macro stock agencies – if you read German, I also recommend their blog. At the end, they offered me a contract to submit images to them. I will have to plan special shoots for them, of course. But at least the better part of my imagery convinced them that I have the abilities to shoot for Macro as well. This came as a surprise to me and I am looking forward to it, though I have no idea where to find the time.

Of course, most of us are looking forward to Stocksy as well. Though the market is saturated for certain, its unique concept and the founder, Bruce Livingstone, at least has the potential to shake up the market a bit. They announced a public launch for March 25 which I am looking forward to.

We are also starting to offer contract photography locally, mainly as MiMAPhoto, consisting of my (Michael) and my partner’s (Maartje) first two letters. I am happy that I have received a first contract job for end of March.

After all, I have never made the huge amounts of money in microstock. So any project will bring in a bit more of money which I haven’t made in the past. I am looking forward to find out which of them are going to work and which not. 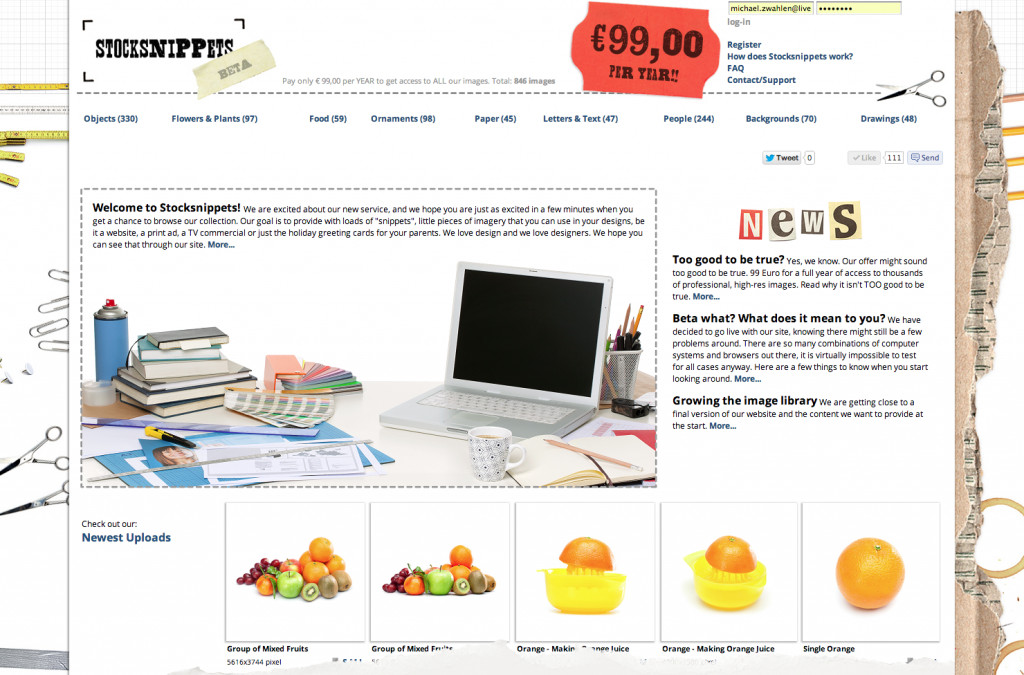 The main reason that kept me from uploading more images at these agencies is the platform for customers to buy royalty free images direct, Stocksnippets.com which we just launched on Tuesday. With the help of my girl-friend and partner we have built a (tiny but growing) niche collection of images, mostly isolated on white design elements , some backgrounds and the brilliant drawings of my “step son” Max. In this process, there is also a side effect of having great content that I will upload at agencies as well.

So I am not lacking material but a bit the time. But I will continue my way to independence in March. Wish me luck.