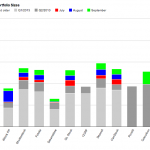 End of September means three quarters of the year are over. Time once again to take a closer look on my development as a microstock photographer this year. 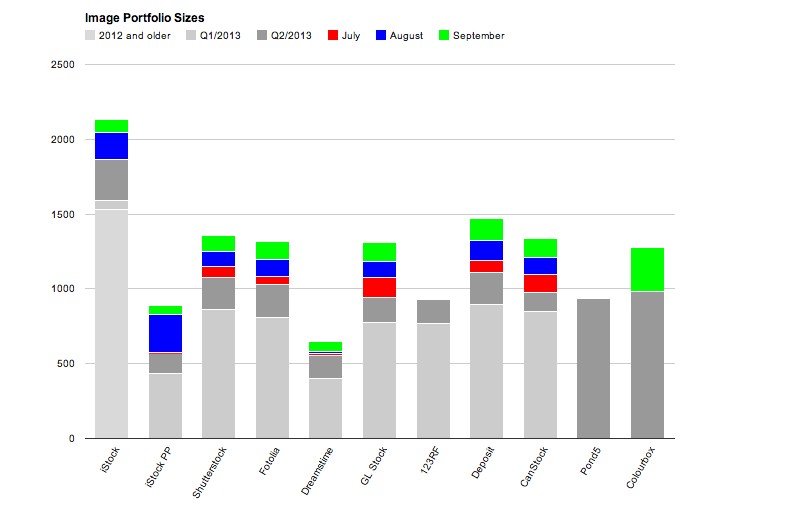 In the third quarter, I re-started shooting and uploading to all agencies. Despite lots of distractions, I managed to upload more than 100 images each month across the microstock agencies I am mostly working with. This is very satisfying to see as it would mean a lot of potential once I get to solve other issues keeping me from fully focusing on this.

I start focusing on less agencies: I did not bother uploading to 123RF as I just don’t like the results I have seen – far higher percentage of subscription sales, very low payouts, and while I saw a rise in downloads when adding new files, they were wearing off very quickly. So I can’t see a long-term result justifying much work.

I am also not happy about Dreamstime. Though they are picking up a bit more sales than in the past, they are not really important for my income stream so far. And on the opposite side, they still won’t let me upload a similar amount of images with huge numbers of rejections compared to all other places. Today, they are usually the last agency I consider to upload my images.

iStockphoto has shown a further drop in royalties after they changed their pricing system and all of my images are now available at the lowest price level. Add the lowest percentage in the industry, and it’s obvious why they are not my favorite agency anymore. However, sales are very significant, especially through the partner program. I am making more money through the PP than through iStock itself – and less than half of my images are online in the PP. So there is no way I would give up uploading to iStock completely.

Shutterstock is showing a strong growth in downloads and royalties, they are my number 1 earner and seem to become the most important part of my income for the time being. For the whole year, iStock (including partner program) still is in lead as I already my portfolio online while it took a few months to catch up with uploading at other agencies. But the trend shows that Shutterstock might end up as the best earning agency for the whole of 2013 in the end.

Fotolia also has shown some growth and is establishing itself in third position, well in front of all other smaller agencies. With Depositphotos and CanStock, I am still pretty happy because they both make uploading very easy, have a high rate of acceptance and keep selling consistently. It doesn’t add up to as much as the big agencies but images continue selling. And in August I had a larger sale on CanStock, in September three credit sales on Deposit, so each place is adding quite a bit money.

At Stocksy United, I finally had my first sales. I still have a very small portfolio and the amounts are not significant yet. But it seems to have made a very good development right from the start over the last six months. I can see this to continue and with more images online and more customers discovering the place, I still have hopes it will become a good place to have images for sale.

Finally, at Westend61 I managed to get a few images online. The number is far too low to expect a lot of sales but it’s another piece of the puzzle for the future.