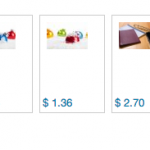 After my post two days ago, I got a few comments regretting that I won’t publish detailed numbers anymore. However, many of the people I talked to in recent months were mainly interested in how my experience could be translated to their own expectations.

So here is the ultimate question I get asked. Often. It seems there are quite a few among the exclusive iStockers who are considering dropping exclusivity. This is not new nor surprising but in recent weeks I received a rising number of messages asking exactly that question. The simple answer is: Yes, you can.

The more complicated answer is: It depends on a lot of factors like the amount of work you are willing to invest, the type of images you shoot and the speed you are expecting to recover. There are too many factors involved to be absolute certain.

However, I did. Actually I did get back to my earnings level I had in my last year as an iStock exclusive within 6 months of going non-exclusive. Given the special circumstances, I would say this was exceptionally quick and good. I would not expect that to happen for most other people. I am quite efficient when it comes to computer work and typing, so re-keywording those of my old images that I didn’t have ready was not such a big effort. It was about 1,000 images and took me a few weeks.

At this moment, I have left behind the really bad sales I had on iStock in 2012 and I am tackling the royalty levels I had earned a year before. I am pretty optimistic I will soon reach a new level of income that goes into the region of my best months. And given my personal development I am now working with absolute certainty that 2015 will be my best selling year ever.

Do not take your revenue for granted

I don’t want to talk anyone out of going non-exclusive – there are too many good reasons for making that decision. I have made that decision myself 15 months ago and until now there was not a single moment I regretted that decision. However, I can not say for sure if I am making more money now than if I would have stayed exclusive and invested the same amount of time and energy.

Being an exclusive iStock/Getty photographer offers a lot of advantages: You have access to places that cover almost half of the global creative imagery market. As a non-exclusive, you will lose access to parts of that because none of your images will be available through Getty anymore. And at iStock itself, you are not really a microstock contributor – that might have been true five years ago but ever since the introduction of Vetta and the other collections coming up later, iStock also offers midstock pricing for some images, even Signature+ is way beyond what other agencies are asking. Not even the masses of your images which are in Signature today will ever again be sold at prices of $10 for a small version when you go non-exclusive.

Also, the payment is  really well: If you are on the 35% or 40% royalty levels, you are earning a higher share of royalties paid than most other agencies will offer. The common range for non-exclusives at other agencies is at 25-30%.

So, the message here is: You have to sell a looooot more images at the lower percentages from lower prices you have to expect from other microstock sites. It’s not just easy to replace what you have at iStock. And do not get fooled: While iStock once was the place where all the cool kids were, today there are cool kids everywhere. Image quality and variety is high at other sites. Don’t believe if you have survived the iStock inspection process, it will be easy to get your images online everywhere else. Not to talk about clients choosing your images over the millions of others.

After having said that, some of those things are not quite certain for the future: While not having any facts, most industry observers are concluding that iStock and Getty have lost market share and revenue over the past years. Jim Pickerell, publisher of “Selling Stock“, has estimated that downloads dropped by 12% on iStockphoto in 2013. In an article where I tried to speculate about the backgrounds of Getty’s Embedded Viewer giving away images for free, I linked to a few stock reports giving insights into the financial situation of Getty. All the information I have access to indicate that Shutterstock is gaining market share from Getty, and all the actions taken from Getty in recent months are indication they see this as well.

So while you are right now have the option to offer your images to about half the global market, this might be changing. This is a slow process and not directly noticeable year on year for everyone. However, it is quite sure it is happening. It started already in recent years and has gained speed in 2013. I can not predict the future but trends like this are hard to turn around. And personally, I have hardly any trust in the management of iStock that they are capable of coming up with a way to break those trends.

So, relying on things staying the way they were in the past and for some still are, is a dangerous way. It might work but in my personal opinions it is doomed to fail. The number of images will only grow on iStock but the number of revenue will stay or decline even further. Draw your own conclusions for your personal situation. It might still work for some time but not forever.

Do not limit yourself to microstock

Many of us have grown with iStock into a new world of photo licensing. However, there is a world outside of microstock: There are still a lot of photographers asking big money for their images, doing rights managed deals themselves or through agencies. At the other end, the amount of images available for free – public domain, creative commons, personal licensing contracts – is growing as well.

Do not just consider Shutterstock, Fotolia and Dreamstime as your only alternatives of making money from images. Consider contract shooting, consider selling images directly, consider macrostock. Consider all the options you have.

Energy can not be bought

The most important factor for me was the mental freedom I gained from going non-exclusive: Not having to bother with one agency and the ongoing changes that are happening at that one place I relied upon. I don’t have to trust managers to find the right way to win or keep market share because today I don’t care that much where the market is going because with some likelihood I’m there already as well.

This has freed up a lot of energy and mental capacity to create new images, learn new things and put the knowledge I gained into action. If you feel bothered by all the depressing news and changes at iStock in the last three years as I was, going non-exclusive will be a big relieve. If you use that kind of energy in building new revenue streams – be it more and better images or something outside of stock photography – you have very good chances to succeed.

I hope this article helps you make your own decision. If you choose to go non-exclusive or stay (or even go) exclusive with iStock/Getty: Either way, I wish you all the best and hope you’ll succeed.