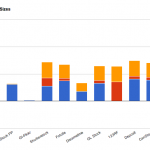 It has been two months now since I dropped exclusivity at iStockphoto. Just two months? It already feels so much longer. A lot happened in those two months.

As you can see from the graph above, I was able to grow my portfolio at most microstock agencies pretty fast. While I have 1,500 image online at iStockphoto, I am closing in on reaching 1,000 images at most other agencies. Part of that was a huge upload wave in March with mostly new images we produced for our own project Stocksnippets. These images were shot, processed and keyworded in February and March but I had a lot of help from my partner. This helped me to put more than 300 images online in the first half of this month alone. I only started submitting to 123RF in February but as I had the images prepared for all other agencies, I was able to catch up in portfolio size quickly by just uploading them.

The mass uploading works out quite well, even though I am still not using any outside help. I only upload through FTP across all agencies and do the rest (mostly categorization) on each site directly. Still I haven’t had any problems getting 300 images uploaded to seven agencies within a week.

Rejection rates remain very low at most agencies. At Shutterstock I had more than 300 images approved and only 3 were rejected – only because the upload failed and the image was corrupted. I get the highest rejection rates at Fotolia at the moment, only a few at Dreamstime, Canstock and GL Stock, and almost none at Deposit and 123RF. The most common rejection reason is “too similar” – I usually upload four to eight shots in different angles from isolated objects, so I agree missing one or two of a series won’t make a big difference. Overall, acceptance rates generally are about 90%.

As I produced new images this month, I also re-started uploading to iStock. I had a few hundred images deactivated from iStock as I plan to upload them at other agencies exclusively. Besides that iStock is still my biggest earner, so I don’t plan to quit it altogether. Then there is no point in keeping images from iStock which I upload everywhere else. As a pure business decision, iStockphoto will also get most of my future microstock imagery. The only hindrance is the low upload limits I have as a non-exclusive now. While 30 images a week usually is not really a low number, my queue now is about 350 images which will take about three months to upload to iStock. Not a problem but certainly needs some planning. My portfolios at the other agencies will use this time to catch up in size. 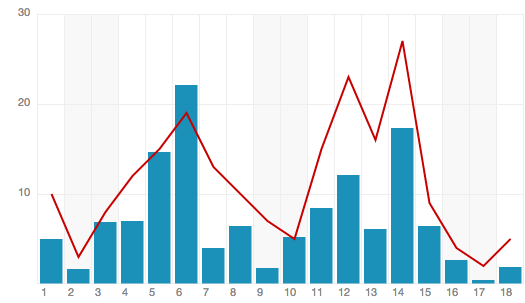 iStockphoto is the source for 50% of my royalties in March so far. If iStock doesn’t sell many images for me on a given day, it can’t be a good day almost by definition. There is no way I would completely stop selling at iStockphoto.

Shutterstock provides the highest number of downloads with almost two thirds of my downloads coming from here – not counting the iStock partner program yet. While I was quite lucky in February with a single big sale for $80 at Shutterstock, March so far has been mostly subscription downloads. Only a quarter of my royalties are coming from image packs, so the returns are not what I am hoping for. However, the number of downloads is constantly growing, so my expectations are still alive.

Fotolia has established itself as my number 3 in royalties. There is a good mix of subscription and single image sales, so the average sale is closing in at about $1 per download. By far not what iStock is making but this can’t be expected at any other agency. Sales are not steady yet but they are growing slowly.

Dreamstime is well behind where it should be according to other indepentents’ reports. Obviously it doesn’t help that they are quite strict on similar images/series, so I am very careful to upload only a few images of each series. Maybe I am too strict because so far I only received very few rejections.

123RF starts picking up sales, though the average return is about $0.40 per download, and the number of downloads is not yet significant. Depositphotos surprised me with 6 downloads in the last five days but the trend would lead to about $10 a month, not yet enough to be called “relevant”.

GL Stock is the opposite but the result is the same: Higher prices, higher royalties but very few downloads. Canstockphoto is easy to upload to, so I will stick with them. But it’s hard to imagine when I might reach a payout at all.

The microstock market overall looks very difficult at the moment. I was (and still am) disappointed with the developments at iStockphoto, however it seems that the grass is not greener at other places. There is a huge amount of imagery available on all sites and supply is still there. We will have to see if the demand keeps growing and/or higher price levels can be achieved. My focus will be on splitting the risk even more, going and growing beyond the microstock world.

As I will start submitting images to macrostock, and I also plan to grow my portfolio on Stocksy quickly, my time to produce for microstock will be limited. However, as we are also having our own platform to sell images, there will always be imagery for keeping all agencies busy. I just hope sales will pick up a bit faster in the future.